Adderall is a prescription medication used to treat attention deficit hyperactivity disorder (ADHD) and the sleep disorder narcolepsy.1 However, amphetamines such as  Adderall are also extensively misused, and this can lead to tolerance, dependence, and stimulant use disorder.1,2

Read on to learn more about Adderall, its effects, and how it works. Also explore common signs of Adderall addiction, overdose, and withdrawal, along with options for Adderall addiction treatment and aftercare.

Adderall is a prescription amphetamine, which is a type of central nervous system (CNS) stimulant.3 It’s commonly used in the treatment of ADHD, a mental health condition that includes hyperactive-impulsive and/or inattention symptoms.1 When used as prescribed for ADHD, Adderall can reduce symptoms, resulting in improved focus and attention.4

However, Adderall is classified as a Schedule II stimulant, indicating that it has a serious potential for abuse.3 According to data from the Substance Abuse and Mental Health Services Administration, 1.9% of those aged 18 and older (i.e., 4.8 million Americans) used prescription stimulants such as Adderall in the past year.5

Adderall is misused by a variety of people including:

When misused, prescription stimulants such as Adderall are most commonly obtained from family and friends.6 Although Adderall is prescribed in pill and capsule forms, those who misuse the drug may do so by smoking, snorting, or injecting it as well.3

How Does Adderall Work?

Norepinephrine helps treat ADHD-related impairments in response inhibition, vigilance, working memory, and planning.12 Dopamine is responsible for the motivational value of rewards and is essential for goal-directed behaviors often lacking in those affected by ADHD.13 Ultimately, however, this can also result in feelings of euphoria and hyperexcitability when the drug is misused, especially at higher doses.14

Common effects of Adderall include:1

Signs and symptoms of amphetamine abuse may include:1

Anxiety, psychosis, hostility, aggression, and suicidal or homicidal ideation have also been observed.1

Counterfeit pills typically look like prescription medications such as Adderall, Valium, etc. According to data from the U.S. Drug Enforcement Administration, many of these counterfeit pills contain methamphetamine or fentanyl, which are extremely dangerous. In fact, testing showed that 2 out of every 5 counterfeit pills with fentanyl contain a potentially lethal dose.15

Yes, use of amphetamines and stimulants such as Adderall can result in tolerance and physiological dependence and can lead to the development of a substance use disorder.1 Misuse of prescription stimulants such as Adderall for any reason (e.g., to improve academic performance, reduce the effects of other drugs, etc.) is associated with substance use disorder and use of other substances.6

It should be noted that research suggests that use of prescription stimulants such as Adderall in appropriately diagnosed patients does not lead to a stimulant use disorder or increase the risk of serious adverse effects and that long-term use results in continued alleviation of symptoms while the medication is being taken.16 Studies also indicate that adolescents receiving stimulant treatment for ADHD do not have an increased or decreased risk of developing a substance use disorder.17

According to the American Psychiatric Association’s Diagnostic and Statistical Manual of Mental Disorders (DSM-5), stimulant use disorder is characterized as a pattern of stimulant use that causes significant distress or impairment in daily functioning, including at least two of the following symptoms occurring within a one-year period:2

According to a research report from the National Institute on Drug Abuse, when you regularly take a drug, it can lead to physiological dependence due to the body’s normal adaptation to it. When someone is dependent on a drug and they stop taking it or reduce the dosage, they’ll often experience withdrawal symptoms.14

Addiction, on the other hand, may include dependence, but it involves compulsive drug-seeking behavior that significantly impairs a person’s normal daily functioning (at work, school, home, etc.).14

Dependence often goes hand in hand with tolerance, which involves the need for higher doses of the drug to generate the same prior effects.14

Overdose deaths from stimulants have been increasing over the past 20 years, especially deaths attributable to stimulants taken with opioids.16 Amphetamine overdose most often occurs with recreational use.18 Individual responses to amphetamines vary widely, and symptoms of toxicity (i.e., overdose) can appear at low doses in some individuals. Misuse of amphetamines such as Adderall can result in overdose, which may lead to coma, severe organ damage, and sudden death.19

Symptoms of amphetamine overdose and toxicity include:1

Severe or potentially serious toxicity symptoms are typically cardiovascular in nature, including abnormally high or low blood pressures, rhythm disturbances (arrhythmias), and cardiovascular collapse. Overdose may also lead to rhabdomyolysis, when damaged muscle tissues release proteins and electrolytes into the blood, which can damage the heart and kidneys and can be fatal or cause permanent disability. Sudden death is also possible for those who use amphetamines.1

Although stimulant withdrawal doesn’t usually involve intense discomfort or medical danger, intense symptoms of depression that can resemble those of major depressive episodes is known to occur, and while in this depressed state, a person has an increased risk of suicide.2,16,21

Drug addiction is a disease, which can be treated via detox, counseling, behavioral therapy, and more.14 There are no FDA-approved medications for the treatment of stimulant withdrawal or for stimulant use disorder. Given the potential for severe depression, those with a stimulant use disorder may receive medication to treat symptoms of depression in an effort to both relieve symptoms and reduce the risk of suicidal ideation.21

Treatment options vary, and no single treatment option is right for everyone. Plus, effective treatment involves addressing all of the patient’s needs, not just the drug use. For example, co-occurring mental health conditions, e.g., anxiety and depression, are typically treated concurrently as part of drug rehab.22

Continuing Care (often termed “aftercare) starts after formal treatment ends and can aid in long-term recovery. Aftercare can involve a variety of formats, including group counseling, individual therapy, brief check-ins (both in person or virtual), self-help meetings, and more.23 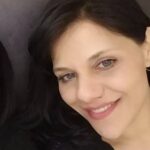 Nadia Matta, LMSW
Author
Nadia Matta received her Master of Social Work degree from The University of Michigan in Ann Arbor. During her first semester, she became one of 60 s … Read More
Read Our Editorial Policy
Related Topics
Related Tags
stimulants
About The Contributor

Nadia Matta, LMSW
Author
Nadia Matta received her Master of Social Work degree from The University of Michigan in Ann Arbor. During her first semester, she became one of 60 s … Read More
Read Our Editorial Policy
Related Topics
Related Tags
stimulants
Are you covered for addiction treatment? Find your insurance.
Check My Insurance
Do you have insurance?
Don’t wait. Call us now.
Our admissions navigators are available to help 24/7 to discuss treatment.
Get addiction help now (24/7 helpline)We’re here for you every step of the way.