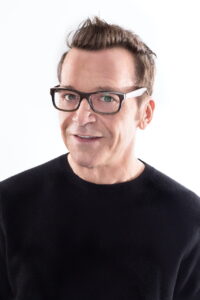 Actor and comedian, Tom Arnold, has had a well-publicized journey with addiction. Arnold’s drinking and substance use began years prior to him leaving the Midwest, where he was born and raised, and where his sister became one of the most prominent drug dealers.

In the late ‘80s, Arnold arrived in LA – with his substance use under wraps – to pursue a career in comedy and soon after was brought on as a writer for the sitcom “Roseanne.” After marrying the show’s star and gaining significant popularity and success, he decided he needed treatment.

Throughout the ‘90s, Arnold maintained his sobriety, his career flourished, and he even served as sponsor to late comedian Chris Farley. But in 2008, Arnold was involved in a motorcycle accident. The crash resulted in him breaking his scapula and he was prescribed pain medication for the injury. Despite his years in recovery, Arnold again experienced addiction.

In 2010, a health scare and close call was the catalyst for seeking treatment once again. Due to his continued substance use, Arnold’s colon ruptured, he became septic and spent three weeks in a coma. Since that time, he has experienced a few relapses, but has now been sober for more than five years.