ADHD, the acronym for attention deficit hyperactivity disorder, represents a mental health disorder, the medical understanding of which has been evolving for decades.

The condition known as hyperkinetic reaction of childhood first appeared in the Diagnostic and Statistical Manual of Mental Disorders (DSM) in 1968 (2nd edition), though reports of the related symptoms date back to the late 1700s. The third edition of the DSM, published by the American Psychiatric Association in 1980, changed the term to ADD (attention deficit disorder). Later editions, beginning in 1987 (4th edition) changed the diagnostic name to attention deficit hyperactivity disorder, which reflected new research findings. The most current edition (5th edition, published in May 2013) continues to use the term ADHD and added three sub-specifications: predominantly inattentive presentation, predominantly hyperactive Impulsive presentation, and combined presentation. If a person wants to be clinically accurate, the best practice is to use the term ADHD rather than ADD. 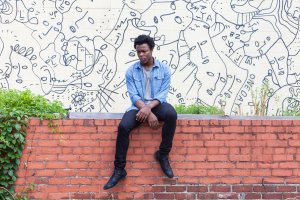 But what is ADHD? ADHD is a disorder that is defined largely by its symptoms. But, as Healthline explains, brain structure and function play a role in ADHD. Some studies have shown a difference in the way the brain looks and acts between children with ADHD and those who do have this disorder. For instance, some studies found that children with severe grade ADHD had smaller frontal lobes. This is significant because the frontal lobes are involved in concentration, inhibition, impulse control, and motor activity. It’s no coincidence then that the symptoms of ADHD include behavioral problems, poor concentration, fidgeting, and overactivity. Other studies have found that individuals with ADHD may have neural pathways that dispose them to have trouble paying attention, curbing impulses, and controlling behavior.

Facts and Statistics on ADHD


The Link between ADHD and Addiction

An understanding of the basics of ADHD makes for a more informed discussion of ADHD and addiction. At the outset, however, it is critical to note that there is no evidence that one disorder causes the other. However, the two can coexist. A person who is experiencing a substance use disorder and has an ADHD diagnosis is clinically considered to have a co-occurring disorder. In any case of a co-occurring disorder, the best approach is to seek treatment at a rehab facility that can accommodate co-occurring disorders. As a rule, both conditions must be treated at the same time for either to be effectively healed or managed.

Research shows a connection between ADHD and addiction. According to some studies, when compared to the general population, children with ADHD face an increased risk of becoming dependent on alcohol or other drugs when they are adults. The following facts and statistics further support the linkage:

These facts and statistics beg one important question: Why do people with ADHD face an increased risk of drug abuse? According to research, the answer lies (in part) in the reduced impulse control and behavioral problems associated with ADHD in general. These side effects may contribute to a person initiating into drugs. The risks are layered. For example, let’s say a teenager with ADHD and behavioral problems skips school. By not being in school during the day, this teen may end up in a social situation that involves drugs. The poor impulse control that goes hand in hand with ADHD may lower this teen’s resistance to the drugs offered.

The risks are not environmental alone. Genes and family can also play a role.

The medications that treat ADHD, if abused, can lead to addiction. The two most commonly prescribed ADHD medications are Adderall (an amphetamine/stimulant), Vyvanse (also an amphetamine) and Ritalin (also a central nervous system stimulant). As The Child Mind Institute highlights, it is critical to separate people who have ADHD from those who do not when talking about abuse of ADHD medication. Much of the media attention about Adderall and Ritalin abuse relates to students who don’t have ADHD but do harbor the false belief that taking these drugs can improve their concentration and exam performance. Regarding individuals who do have ADHD, a University of California, Los Angeles (UCLA) research study found that taking Adderall or Ritalin did not increase their risk of addiction to these drugs or other drugs.

The UCLA study helps to underscore that taking ADHD medication is likely not a risk factor for developing a drug addiction. But, to an earlier point, individuals with ADHD face an increased risk of substance abuse in general. In other words, the risk of developing a drug abuse problem relates to the ADHD itself and not to the pharmacological treatment of this disorder. Of course, one concern is that if these individuals are more prone to abuse drugs than the general population, is it smart to give them a prescription for a potentially addiction-forming drug?

Editorial Staff
Author
The editorial staff of American Addiction Centers is made up of credentialed clinical reviewers with hands-on experience in or expert knowledge of ad … Read More
Read Our Editorial Policy
Related Topics
Related Tags
co-occurring disorders
stimulants
Are you covered for addiction treatment? Find your insurance.
Check My Insurance
Do you have insurance?
Don’t wait. Call us now.
Our admissions navigators are available to help 24/7 to discuss treatment.
Get addiction help now (24/7 helpline)We’re here for you every step of the way.