Life Before & After Addiction: Impacts on Health, Relationships & Finances

Substance use disorder (SUD), the medical condition defined by a compulsive use of a substance despite negative consequences, is a disease that affects people’s mental and physical health, personal and professional relationships, finances, and career.1 More than 40 million people aged 12 and older were identified as having drug or alcohol use disorders in the United States in 2020, but only about 4 million of those individuals (10%) received treatment.2 Addiction is treatable, recovery is possible, and the differences in people before and after drugs can be incredible.

Statistics on Drug Abuse and Prevalence

Drug misuse and abuse are prevalent issues in the United States. The following information provides an overview of some of the statistics:2,3

Long-term physical and mental effects may include:6

Via common routes of use (e.g., snorting, injecting, smoking), cocaine’s effects begin to be felt almost instantly and typically stop within about an hour.7 Short-term effects of cocaine include hypertension, rapid heart rate, dilated pupils, and a higher than usual body temperature.7 Cocaine also causes hypersensitivity to sight, sound, and touch.7

Long-term physical and mental side effects vary depending on the route of administration but may include:7

Immediate effects of excessive alcohol use include risks of injuries from falls, drownings, burns, and car accidents for those who drink and drive.8 Additionally, heavy drinking increases the risk of violence, such as suicide and sexual assault; risky sexual behavior; and alcohol poisoning.8

Some of the long-term physical and mental effects may include:8,9

Both prescription and illicit opioid drugs activate the body’s opioid receptors, alter pain signaling, and result in increased release of dopamine within the reward centers of the brain, which may strongly reinforce continued drug use.10 Short-term effects can include pain relief, euphoria, upset stomach, constipation, inability to think clearly, drowsiness, and slowed respiration.10

Continued misuse of opioids can have a number of adverse physical and mental consequences, including:10,11

Heroin is an illicit opioid with drug effects that include a euphoric rush, a warm flushing of the skin, heaviness in the limbs, dry mouth, nausea and vomiting, skin itching, and states of semiconsciousness.12

Long-term physical and mental effects may include:12

Hallucinogens are a diverse group of drugs that alter a person’s perceptions, causing individuals to see, hear, and feel things that are not there.13 Once ingested, some hallucinogens interfere with parts of the brain that affect the senses, mood, hunger, sleep, body temperature, sexual behavior, and gastrointestinal muscle contractions.13 Short-term effects may include upset stomach, quickened heart rate, loss of appetite, altered perception of time, and trouble breathing, panic, and paranoia, among others.13

Long-term physical and mental effects vary based on the drug but may include: 13

Long-term physical and mental effects of marijuana misuse include:14

Marijuana may also be associated with an acute psychosis—including symptoms such as hallucinations and irrational thoughts—though these developments may be more likely with regular use of high potency cannabis products.14

After Quitting Drug and Alcohol Use

While some physical and mental effects from drugs and/or alcohol may be permanent, sustained abstinence can reverse some damage and allow an individual’s mind and body to heal.

Studies indicate that chronic methamphetamine use can significantly alter the brain’s structure and function, affecting a person’s decision-making process, memory, and emotional regulation.6 However, studies have also shown that some of the effects of chronic meth misuse may be partially reversible over time.6 Some of the neurotoxic effects of the drug may subside after a year or more without meth; the resulting nerve cell recovery has been associated with improvements in verbal and motor memory after 14 months or more of methamphetamine abstinence.6

Like methamphetamine, long-term cocaine use may be associated with certain types of brain pathology, including changes in grey matter volume.7 However, findings from various neuroimaging studies indicate that the brains of chronic cocaine users may recover after a period of abstinence, experiencing both a return to normal grey matter levels and restoration of function within certain types of brain circuitry.7

Alcohol can have a detrimental effect on a wide range of vital organ systems, including the brain, cardiovascular system, liver, pancreas, and immune system.9 The good news is that many alcohol-related health issues can improve when drinking stops. Some types of alcohol-related brain damage, for instance, may be reversible, but that is completely dependent on different factors—how much, how often, and for how long alcohol was consumed, and the individual’s overall health.15 Additionally, some cardiovascular changes may be reversible when alcohol consumption ceases—or is substantially reduced.16 One clinical review found that individuals with alcohol-related cardiomyopathy, who abstained from drinking or cut back, demonstrated “major improvement” in cardiovascular functioning.16 Furthermore, quitting drinking can completely resolve fatty liver disease (hepatic steatosis).17 For others with various alcohol-related liver diseases, like cirrhosis, survival rates can improve.17

Brain chemistry needs time to stabilize after opioid addiction, which is why some medications like methadone and buprenorphine—that can help manage cravings and drug withdrawal symptoms—are an important part of treatment and sustained recovery of opioid use disorders.10 Additionally, behavioral therapies can help people addicted to opioids change their attitudes and behaviors related to their drug use, improve healthy life skills, and encourage them to stay in treatment.10

Medications used in opioid treatment, including buprenorphine and methadone, can normalize brain chemistry, relieve cravings, and help manage withdrawal symptoms.18 In conjunction with behavioral therapy, people can improve their health and maintain a sober lifestyle.19

Many hallucinogens, including the classic hallucinogens like LSD, are not considered to be addictive or result in the same compulsive drug seeking behavior as certain other substances like alcohol and opioids. However their use can still be problematic and is associated with several potentially adverse effects.13 Many behaviors associated with hallucinogens, like sensory and visual effects, will correct themselves once a person stops using hallucinogens.11 For those who have continued flashbacks or more persistent psychotic symptoms brought on by hallucinogens, both psychiatric medications and behavioral therapies can help.13

There are no FDA-approved medications to treat addiction to marijuana. However, since many people use marijuana to mitigate anxiety and sleep issues, insomnia can occur when someone stops using marijuana. Prescription sleep aids and/or anti-anxiety medications can sometimes help a person in early recovery from marijuana use.19

An integrated care treatment model for co-occurring disorders is considered the standard of care by the Substance Abuse and Mental Health Services Administration (SAMHSA).21 The goal of integrated treatment is to help people with co-occurring disorders learn how to maintain sobriety or reduce their substance use as well as manage the symptoms of their mental illness.22

Substance use disorders often strain a person’s social and professional relationships.23 Family, friends, and coworkers may feel angry, frustrated, and worried by an individual’s substance use, which many include erratic behaviors, mental health issues, and health complications that affect the individual’s job performance and personal relationships.23 Housing instability, job loss, and criminal behavior are other potential social and professional consequences of addiction.23

Substance use disorders can strain personal relationships by placing an emotional burden on family and friends who are worried about someone they love struggling with addiction. They may feel angry, scared, or embarrassed by their loved one’s actions.23

Family instability may result from abuse or violence brought on by substance use.23 Children of parents who have substance use disorders may be more likely to experience abuse, neglect, and physical health issues, as well as be at higher risk for certain cognitive, developmental, and psychiatric issues like conduct disorders, depression, anxiety, and poor emotional or behavioral regulation.23

Families often experience the economic burden of a person’s substance use disorder, not only because of the money spent on substances but also because of lost time or productivity at work and, in some cases, job loss.23

When people stop using substances and begin their recovery, it is important they remember that their family and social relationships may need time to recover from their addiction as well. Groups like Al-Anon and Nar-Anon provide support for those who have a family member or loved one struggling with a substance use disorder.23

It is possible to rebuild trust in relationships during recovery. Family counseling can be beneficial to address issues within the family that may have arisen due to addiction and substance abuse.24 Social support is vital to everyone’s recovery.23

The economic burden of substance use disorders on individuals and families can be substantial. Not only is there the money spent on the substances to consider, but there is also the possible job loss and/or legal issues and fines that are often incurred by various drug-seeking behaviors like theft or driving under the influence. 23

For individuals, quitting substance use means no longer spending money on drugs and/or alcohol, though it also often means spending money on treatment. However, unlike the ongoing costs associated with continued substance misuse, treatment costs occur for a finite period. Plus, active addiction can make it difficult to hold a job or advance at work. Employment opportunities and personal income may improve with recovery.

How Rehab Can Help You

The goal of rehab is to help people recover from substance use disorders. Many treatment programs incorporate elements of behavioral therapy to help people build coping skills to avoid relapse, enhance motivation to change, and rebuild aspects of their lives that have been negatively impacted by addiction.24 Medication may also be an element of treatment, depending on the substance used.24

Some rehab programs require participants to live at the center for the duration of treatment while others do not. The American Society of Addiction Medicine (ASAM) established various levels of care for the treatment of substance use disorders. These include:25

Within those levels of care, there are a range of services available, and what works for one person may not work for the next.25 Each person’s treatment plan should be individualized to meet their health-related, lifestyle, and cultural needs.24

It is critical for people in recovery to have support. Social factors, such as being part of mutual-interest or mutual-help groups, connecting with friends and family, and having positive role models all have the potential to positively influence recovery.26 Peer groups, such as 12-Step recovery groups, provide a place for people to connect with others who understand their experiences and can provide empowerment and respect.

Addiction is a chronic, relapsing condition and it’s not uncommon for people to require more than one treatment attempt to achieve long-term recovery.24 However, without treatment, it can be very difficult to break free. Substance use disorder should be treated like other relapsing conditions, where a relapse indicates that an adjustment to the treatment plan is needed, not that a failure has happened.24

While the idea of treatment can be intimidating, the differences in people’s lives—from the physical and mental health to their relationships and finances—before and after drugs make it worth it. 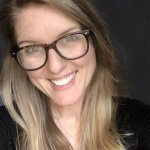 Adrienne Webster, LACC
Author
Adrienne Webster is an Addiction Counselor Licensure Candidate (ACLC) in Bozeman, Montana. After completing her B.A. in Media Arts from Montana State … Read More
Read Our Editorial Policy
Related Topics
Are you covered for addiction treatment? Find your insurance.
Check My Insurance
Do you have insurance?
Don’t wait. Call us now.
Our admissions navigators are available to help 24/7 to discuss treatment.
Get addiction help now (24/7 helpline)We’re here for you every step of the way.