The National Survey on Drug Use and Health (NSUDH) estimated that more than 21 million Americans (aged 12 and older) battled a substance misuse disorder in 2014. Substance abuse and addiction cost American society upwards of $600 billion every year in healthcare expenses, criminal justice and legal costs, and lost workplace production, the National Institute on Drug Abuse (NIDA) publishes.

What is Drug Addiction?

Drug addiction is considered a disease that impacts brain circuitry and behavior, and it is classified by an inability to control drug use. Addictive drugs act on the pleasure center in the brain, causing a shortcut to reward that, when repeated, can change the way a person processes information. Drugs’ addictive qualities may be enhanced by how good they make a person feel when using them and how bad they may make users feel when they wear off. Chronic drug abuse can induce drug dependency, which leads to withdrawal symptoms and drug cravings without the drug’s presence.

A stimulant drug derived from the coca plant that grows natively in South America, cocaine is illicitly manufactured in either a white powder or rock form (“crack”). Cocaine powder is snorted, smoked, or injected, while crack is generally smoked. Cocaine creates an intense high as it floods the brain with dopamine, the neurotransmitter involved in pleasure. The effects are quick to begin, significant, and short-lived.

Cocaine increases euphoria, excitement, and alertness, and according to the Drug Enforcement Administration (DEA), it is highly addictive and may be regularly abused in a “binge” pattern. Binge cocaine use refers to taking doses back to back in order to maintain the “high,” which is often followed by a “crash” that can cause physical and mental fatigue, depression, and severe drug cravings.

NSDUH estimates that almost 1 million American adults were battling a cocaine use disorder in 2014. Cocaine is classified as a Schedule II controlled substance by the DEA, as it may have some limited medical use, although is hardly ever used for these purposes in the United States. On the whole, cocaine is considered an illegal drug with a high potential for abuse and subsequent addiction.

Heroin is an illegal drug that activates opioid receptors in the brain, serving to block feelings of pain, increase relaxation, and produce a kind of “out-of-body” sensation. It also induces euphoria by creating a backlog of dopamine in the brain.

Due to recent regulations and tighter controls over prescription opioid drugs like oxycodone (OxyContin), hydromorphone (Dilaudid), and hydrocodone (Vicodin, Percocet), heroin abuse and addiction are on the rise, according to the Centers for Disease Control and Prevention (CDC).

Heroin is considered to be a highly addictive drug, as the American Society of Addiction Medicine (ASAM) estimates that nearly a quarter of those who try it become addicted to the drug. In 2014, approximately 586,000 Americans (those over the age of 11) were classified with a heroin use disorder. Dependence on heroin can manifest rather quickly with regular use, and the withdrawal symptoms that occur as the drug leaves the body can be difficult both physically and emotionally. Flu-like symptoms, depression, insomnia, and anxiety are common when heroin use is discontinued, after dependence is formed, thus encouraging individuals to keep taking the drug to avoid discomfort.

Alcohol is the most regularly used addictive substance in America, with 1 out of every 12 adults suffering from an alcohol abuse or dependency issue, the National Council on Alcoholism and Drug Dependence (NCADD) reports.

Legal for those of drinking age (aged 21 and older), part of many social activities and situations, and relatively inexpensive and easy to find, alcohol is used responsibly by millions of people; however, it’s possible for abuse is potent.

Alcohol acts on dopamine levels to enhance mood, like other drugs, but it also serves as a central nervous system depressant, slowing down nerve firings and the functions of the central nervous system. This results in lowered blood pressure and heart rate. It also promotes sedation and impairs motor skills and cognition. When people are under the influence of alcohol, they are likely to engage in risky behaviors as inhibitions are lowered. They may also be more talkative and sociable, and may experience mood swings and impaired decision-making and impulse-control abilities.

Alcohol abuse, especially when alcohol is consumed in heavy or binge drinking patterns, can lead to a dependency on the substance. When alcohol begins to leave the body, withdrawal symptoms can range from mild to life-threatening. When the effects of alcohol wear off, the brain may try to restore a chemical balance, causing a kind of rebound of some of the nerve firings that were suppressed by the alcohol. Anxiety, depression, insomnia, tremors, sweating, irregular heart rate, hypertension, nausea and vomiting, headaches, abdominal pain, and even psychosis and seizures are potential alcohol withdrawal symptoms. A desire to keep these symptoms to a minimum may lead to using alcohol as a form of self-medication for alcohol withdrawal and can therefore perpetuate alcohol addiction.

More than 32 million Americans aged 12 and older smoked cigarettes on a daily basis in 2014, according to NSDUH. Smokers may continue to smoke because of an addiction to nicotine, one of the primary active chemicals in tobacco smoke that is considered to be highly addictive, Psychology Today reports. 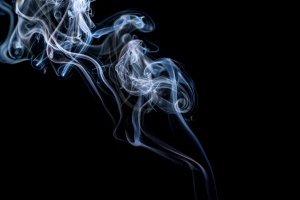 Nicotine acts on the reward circuitry in the brain after being absorbed through the mucosal lining of the mouth and nose, through the lungs, or through the skin. Its pleasant sensations and elevation in both mood and cognition may encourage smokers to keep smoking. Nicotine takes effect within 10 seconds of being smoked and wears off in a matter of hours, meaning that individuals may wish to have another cigarette not too long after the last one, NIDA reports.

A dependency on nicotine can build up quickly when someone smokes regularly, and nicotine may be one of the toughest drugs to stop using without help. Withdrawal symptoms include irritability, increased appetite, anxiety, depression, trouble concentrating and focusing on things, and significant cravings. The legality and prevalence of nicotine may lead to its rampant abuse and high relapse rates.

Over 500,000 Americans over the age of 11 were classified as current methamphetamine abusers in 2014, according to NSDUH. Methamphetamine, or meth, is a powerful stimulant drug that is man-made in clandestine laboratories in either a powder or crystal (“crystal meth”) form to be smoked, snorted, or injected for an intense euphoric “high.” Meth can increase focus, decrease the need for sleep and appetite levels, and increase excitability and pleasure. In large amounts, it may also have psychotic side effects or cause aggression and/or violence.

Tolerance to meth can be developed rather quickly, prompting users to want to take more in order to keep feeling its effects. Increased dosages can lead to drug dependence. Over time, meth can cause damage to the regions of the brain related to learning, memory, and emotional regulation as well as significantly deplete levels of dopamine and the way the dopamine receptors in the brain work, NIDA reports. Extremely low levels of dopamine and an inability for it to bind properly with receptors occur when meth leaves the body. This can result in severe depression, potential suicidal ideations, and significant drug cravings. These symptoms may facilitate compulsive drug-seeking behaviors and repeated meth abuse, which are hallmarks of addiction.

Find Rehab Treatment Near You