Are You Self-Medicating with Drugs or Alcohol?

Scot Thomas, MD
Industry Expert
Dr. Scot Thomas is Senior Medical Editor for American Addiction Centers. He received his medical degree from the University of California, San Diego School of Medicine.
Related Topics
Related Tags
treatment
It is remarkably common for people who misuse substances to have additional mental health issues that occur at the same time. However, not everyone understands exactly how to identify whether they are self-medicating or how they can stop. 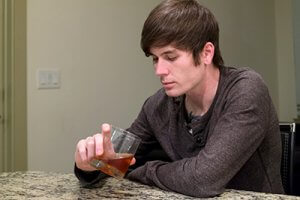 When drug and alcohol abuse and mental health issues coincide, a person is said to have co-occurring disorders or a dual diagnosis.

Mental health issues, including depression and anxiety, are often recognized as a driving factor behind a person’s misuse of drugs or alcohol, though the directionality or sequence of the two issues aren’t always clear.

Early intervention is important in all cases of problematic substance use. A person can quickly cross the fine line between self-medicating and a full-blown substance use disorder, so catching the signs of an impending SUD early and treating it accordingly is crucial.

Below, we’ll outline some ways that you can identify self-medication with drugs and alcohol in yourself or others, and address it before it develops into a clinically defined substance use disorder.

Self-medicating refers to the misuse of drugs or alcohol in an attempt to manage the distressing symptoms of a mental health disorder or other health condition. Although many people that self-medicate may have a concurrently diagnosed health condition, such as a mental illness, cancer, injury, or chronic pain, it’s imperative to remember that you do not need to have a formal clinical diagnosis to have already started the act of self-medication.

People commonly report using substances to try to cope with specific mental illnesses such as mood and anxiety disorders.3 In a review of various scientific literature, one study reported that early 22% of people with anxiety disorder, for example, report self-medication with drugs and alcohol. Another indicated that more than 21% of people with post-traumatic stress disorder had used alcohol or drugs to cope with their disorder, along with approximately 23% of people with major depression and 41% of those with bipolar disorder (type 1).4

“…you do not need to have a formal clinical diagnosis to have already started the act of self-medication.”

As mentioned, self-medicating can occur even if someone doesn’t have a formally diagnosed mental health condition. Difficult life events, such as grief and abuse, can affect a person’s mental health and lead people to turn to alcohol or drugs to cope.

Grief results in increased substance use according to a recent study.5 Furthermore, when someone is in an abusive relationship or has experienced some form of trauma as a result, they are also at increased risk of using substances to cope with their situation. In fact, adolescents with an SUD are 3 times more likely to have experienced a traumatic event than the average adolescent.6

Why Self-Medicating is Harmful 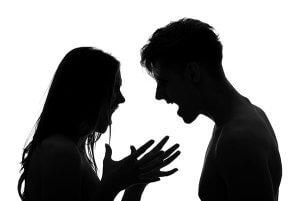 Self-medicating might appear harmless at first or go completely undetected. A person might innocently use alcohol or drugs in an effort to feel better at that particular moment; indeed, our culture reinforces and normalizes the (sometimes excessive) use of certain drugs to “take the edge” off of their mood.

But over time, self-medicating can complicate the management of mental health issues and can contribute to the development of a substance use disorder. Cocaine use, for example, has been associated with an exacerbation of symptoms and worsened progression of bipolar disorder.7

Addiction and problematic substance use can, in some cases, also lead to brain changes that might predispose vulnerable individuals to developing additional mental health issues—including mood, psychotic, and impulse-control disorders.7 Researchers associate the use of marijuana, for example, with a greater risk of experiencing earlier onset psychosis, with that risk increasing the younger people are at the time of their first cannabis use.8

Therefore, using substances to cope with a mental illness may increase the risk of someone developing a substance use disorder, exacerbate their pre-existing mental health condition, or even prompt the emergence of a new problem.3

Self-Medicating for Depression and Other Mental Illnesses

As noted earlier, cocaine use in people with bipolar disorder can worsen the course of the mental illness. Likewise, abusing drugs or alcohol to self-medicate for other mental illnesses, like anxiety, depression, post-traumatic stress disorder, personality disorders, and more, can also have negative outcomes. The use of marijuana among people with depression, for example, was associated with worse treatment outcomes for depression treatment.9 Treating depression and substance abuse at the same time can have positive outcomes for both disorders. Among people who suffer from anxiety and substance abuse issues, it is common to see that anxiety not only negatively impacts the person’s substance use, but that the substance abuse can worsen anxiety. 10

Furthermore, in people with schizophrenia, the use of alcohol leads to worse outcomes than for those people who do not use alcohol.11 It is becoming increasingly recognized that, for optimal recovery outcomes, treatment of co-occurring conditions should simultaneously address both issues.

Both anxiety and depression are also often side effects of drug withdrawal as well, when a person abuses a substance regularly and becomes dependent on it.

How to Stop Self-Medicating

Compulsive self-medication that is suspected to have emerged in association with an untreated (or undertreated) mental health issue can be stopped by adequately managing all underlying issues. The standard of care for people with a substance use disorder and co-occurring mental health condition is to enter a treatment program that addresses both issues simultaneously—a model referred to as integrated treatment.12 If you are using substances and also have a co-occurring mental health disorder, the relatively-intensive levels of care found at an inpatient or residential treatment programs may offer the most preferred treatment setting.12

If you believe that you or your loved one is self-medicating with substances such as those mentioned above, it may be time to seek professional help. Only a substance use professional who is experienced in treating dual diagnoses can determine whether you are self-medicating, and what you ought to do about it. American Addiction Centers (AAC) offers treatment for co-occurring disorders at our treatment centers across the country. Call us today to speak with an admissions specialist to arrange for an assessment of your situation and needs.

Stop Self-Medicating: Where to Find Treatment

If you are self-medicating and need a treatment program that can address both your substance use disorder and your mental health issues, know that you are not alone in your struggle. American Addiction Centers offers treatment for co-occurring disorders in each of our several locations across the United States. Call today to speak to one of our admissions navigators, who can speak with you regarding what AAC can offer you.