Cyclothymic Disorder as It Relates to Drug Use 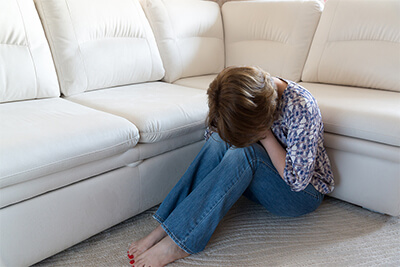 According to the American Psychiatric Association (APA), the essential feature of cyclothymic disorder is a chronic (two-years in adults; one year in children) disturbance of fluctuating mood that involves periods of hypomania-like episodes and alternating depressive symptoms. These hypomanic-like states and depressive symptoms should be distinct from one another and occur at separate time periods. The symptoms of hypomania and depression should not meet the formal diagnostic criteria for bipolar disorder (either bipolar I or bipolar II) or for the diagnosis of major depressive disorder.

Cyclothymic disorder can only be diagnosed in individuals who have never met the diagnostic criteria for manic episodes, hypomanic episodes, or a major depressive disorder. If they satisfy the diagnostic criteria for any of these mental health disorders, they are not eligible for a diagnosis of cyclothymia (cyclothymic disorder).

Hypomania is a period of at least four days where an individual experiences elevated mood or energy levels that do not result in the need for treatment or hospitalization, but do represent a change from the person’s normal level of functioning. The presentation of these behaviors must occur at least half the time over a two-year period. In order for a formal diagnosis of cyclothymia to be made, the person cannot be symptom-free for more than two months at a time during this two-year period.

Again, it is important that the symptoms of hypomanic-like behavior and depressive behaviors are distinct from one another, and that individuals experience the hypomania separate from their depressive symptoms.

Thus, the hypomanic and depressive symptoms in cyclothymic disorder are not as severe, pervasive, or long enough to meet full diagnostic criteria for mania, hypomania, or depression. The symptoms of any of these mood swings should not be attributed to some other mental health disorder, a medical condition (e.g., a metabolic imbalance such as a thyroid disorder), or the direct effects of the use of drugs or alcohol.

According to APA, the prevalence of cyclothymic disorder is very low, and it may occur in only 1 percent or less of the population. The causes of any of the bipolar-related disorders are unknown except when the behaviors can be attributed to a medical condition or to the direct effects of alcohol or drug use. It is believed that there is a significant genetic component for the development of these disorders that interacts with environmental experiences. 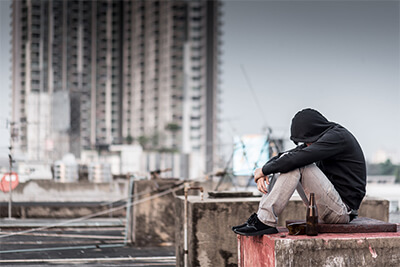 A relatively recent review of cyclothymic disorder published in the Journal of Affective Disorders indicated that a diagnosis is often associated with the presence of other mental health disorders. The review suggested that 20–50 percent of individuals who are diagnosed with anxiety or depressive-related conditions may also meet the diagnostic criteria for cyclothymic disorder.

Research suggests that up to half of the individuals who are diagnosed with cyclothymic disorder may also have a co-occurring substance abuse issue. The substance of choice for these individuals is most often alcohol, but other substances, such as cannabis products, prescription medications, and even cocaine, may also be used.

Because of the chronic nature of cyclothymic disorder, individuals with this disorder will often have significant issues in their personal relationships and very often may seek treatment for these issues. Clinicians should always fully assess all areas of functioning in their clients before deciding on a course of treatment for them. Simply addressing relationship problems in the presence of someone who has cyclothymic disorder will not be successful at resolving the full spectrum of the person’s problems and may not lead to success in treating the issues with relationships.

Instead, individuals in treatment for any mental health condition should be assessed thoroughly and receive treatment that is delivered in a holistic manner (treatment that address the entire person’s needs instead of taking a narrow focus on a few issues). This includes addressing all relevant issues and co-occurring conditions.

The therapy of choice for people diagnosed with cyclothymic disorder is some form of Cognitive Behavioral Therapy (CBT). CBT is not any particular therapeutic approach, but it represents a family of psychotherapies that are all based on the same principles and approach to treatment. This approach generally involves identifying the person’s dysfunctional beliefs, thoughts, and behaviors, and then restructuring these to produce more proactive and productive functions. The use of stress management techniques, such as diaphragmatic breathing, relaxation, and guided imagery, is also a significant part of this approach.

In individuals with co-occurring cyclothymic disorder and a substance use disorder, the use of a CBT approach could address both of these issues together. Whenever someone is diagnosed with a mental health disorder and co-occurring substance abuse issue, both of these issues need to be addressed together in order for the treatment and resolution of either issue to be successful.

In addition to medication and therapy, it is important to have family members actively participate in treatment, and this can be accomplished by using family therapy or having family members updated on the person’s treatment progress and offering them encouragement. The use of peer support groups such as 12-Step groups and other community groups that are not formal therapy groups (e.g., Alcoholics Anonymous) can add a significant dimension to recovery in these individuals.

When individuals have developed physical dependence on alcohol or drugs, it is crucial that they initially begin in a medically assisted detoxification program (a medical detox or withdrawal management program) to address symptoms of withdrawal. Simply addressing the withdrawal syndrome and not attending substance use disorder treatment will result in the person relapsing. Treatment for these disorders should be considered a long-term process and may continue for years.

Last Updated on October 26, 2021
Share
Editorial Staff
The editorial staff of American Addiction Centers is made up of credentialed clinical reviewers with hands-on experience in or expert knowledge of addiction treatment.
Related Topics
Related Tags
bipolar
co-occurring disorders
Don’t wait. Call us now.
Our admissions navigators are available to help 24/7 to discuss treatment.
Why call us?
Get addiction help now (24/7 helpline)We’re here for you every step of the way.