How Are Dissociative Disorders Treated Alongside Drug Abuse? 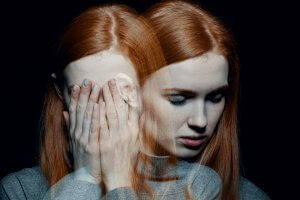 The word dissociation is used to refer to a mental process whereby a person disconnects (or dissociates) from their feelings, thoughts, memories, or identity. Dissociation, in itself, is a common phenomenon. All of us have likely experienced some form of dissociation at some point. For example, if you’ve ever driven home and realized you can’t remember your drive, you probably dissociated to some degree on your drive. Even daydreaming is considered mild dissociation.1,4

Dissociation can also occur as a result of substance use, for example from using drugs like PCP or ketamine. However, for those with dissociative disorders, the dissociation is significant and not caused by a substance. It can involve issues with sense of self, memory, feelings, actions, and/or perception. A dissociative disorder may cause an individual to have multiple distinct personalities, or identities, and/or to experience large gaps in their memories.1

The American Psychiatric Association explains that the impact of such a disorder can be so large that it “disrupt[s] every area of mental functioning.”2

Dissociation is a common response to trauma; many people who go through a traumatic event, such as an accident or a violent crime, will experience some degree of dissociation during the event and/or for hours, days, or weeks after. They may feel like they are out of their own body, watching themselves as though they are watching a movie. They may also lose any memory of the traumatic event. For most, the dissociation will end without treatment. Some people, however, will develop a dissociative disorder.4

While there are several types of dissociative disorders (see below), general symptoms of disorders that fall under this umbrella include:5

There are several types of dissociative disorders, each of which has its own specific symptoms. These include:4,5,6

Often, dissociative disorders develop as a result of overwhelmingly traumatic experiences.5 According to the American Psychiatric Association, approximately 90% of people in the U.S., Canada, and Europe who have dissociative identity disorder had experienced childhood abuse and/or neglect.

Typically, dissociative disorders develop as a coping mechanism, as a way to separate oneself from trauma. Identity is still developing in a child, so a child can dissociate more easily than an adult.7

Dissociative disorders are associated with a heightened risk for several issues, including:7

Individuals with dissociative disorders may turn to substances as a further escape from their trauma when their disorder does not provide adequate relief.8 Using psychoactive substances, however, can cause additional harm and may lead to a co-occurring substance use disorder.

In 1999, an article was published in the Journal of Psychoactive Drugs about “the forgotten relationship” between dissociative identity disorder and substance abuse. Specifically, substance use and dependence were among the most common diagnoses in patients with dissociative identity disorder. Practitioners who primarily treat individuals struggling with substance dependence and addiction may care for patients who have DID but fail to recognize the condition.9

How are dissociative disorders treated alongside substance use disorders? The first step is that both conditions have to be diagnosed. Assessing the patient and making a diagnosis, however, may be difficult, especially in a patient with shifting identity states. Clinicians will generally work with the patient to gather their psychosocial history, including any history of trauma. Other steps may include an intelligence test, personality test(s), questions to determine the individual’s own perception of their dissociation, and an interview to evaluate the individual for dissociative disorders.10 Substance use also complicates the assessment process, so patients may need to be reevaluated after a period of abstinence in order to separate the effects of substance use and/or withdrawal from the symptoms of a co-occurring mental illness.11

If a patient presents with both a dissociative and a substance use disorder, simply treating the drug abuse without giving any attention to the dissociative symptoms and their cause is likely to be much less beneficial for the patient’s long-term well-being and mental health.2

One of the key elements of treating dissociative disorders and/or substance use disorders is participation in therapy sessions. For patients who present with dissociative disorders, working with a therapist to deal with any past trauma and to learn coping skills can be enormously beneficial. However, a patient with a dissociative disorder should seek a therapist who has experience and/or training in trauma therapy.7 Psychotherapy is also important in drug abuse treatment; not participating in treatment after detoxification often leads to relapse, and therapy can be an effective treatment for substance use disorders.12,13 Patients who present with co-occurring disorders should get integrated treatment, which provides better results.14 Entering a drug addiction rehab program that is ill-equipped to handle co-occurring disorders may do little to help individuals with them.

Find Co-Occurring Disorder Treatment Near You

Dissociation, Addiction, and the Future

Individuals with substance use and/or dissociative disorders should remain engaged with treatment as long as necessary. It can take a lot of time to work through dissociative disorders in therapy, especially since coping skills and a solid therapeutic relationship often need to be developed before past trauma can safely be addressed.7 For those who struggle with substance use disorders, long-term treatment or repeated episodes of treatment are often needed to sustain recovery.19 Because individuals with co-occurring disorders often have worse symptoms that are more persistent and difficult to treat, staying engaged with treatment as needed is especially important.11

Staying engaged with treatment also means continuing to take medications as prescribed. Individuals should not change their dose of medication or stop taking any medications without first discussing it with their provider, who can work together with the patient to address the patient’s concerns and find a better treatment option if needed. Suddenly changing doses or stopping medications can be dangerous: symptoms may return, withdrawal symptoms may emerge, and/or adverse effects may develop. Thus, changes should only be made under the guidance of a healthcare professional authorized to prescribe those medications. If a person thinks a medication is causing negative effects, they should contact the prescriber immediately. In an emergency, call 911.

The combination of dissociative disorders and substance use disorders can be challenging both for those experiencing the disorders and for their loved ones. But with treatment, it is possible for individuals with these disorders to learn to manage them and have great improvement in functioning.20

Sophie Stein, MSN
Medical Reviewer
Sophie Stein, MSN, received her master's of science in nursing from Vanderbilt University and has previously worked as an advanced practice registere … Read More
Read Our Editorial Policy
Related Topics
Related Tags
co-occurring disorders
Are you covered for addiction treatment? Find your insurance.
Check My Insurance
Do you have insurance?
Don’t wait. Call us now.
Our admissions navigators are available to help 24/7 to discuss treatment.
Get addiction help now (24/7 helpline)We’re here for you every step of the way.