What Is a Drug-Induced Coma? 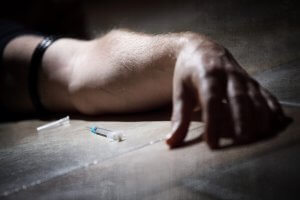 one hears the word coma, it is often accompanied by a negative connotation. This reaction is understandable, as a coma is a natural response by the body to a trauma of some kind. However, a coma can also be used as a medical tool. This kind of coma is known as a drug-induced coma or medically induced coma, and it has been found to be effective in the treatment of some patients.

Anesthetics are used to induce a coma, as a person is put into a controlled state of unconsciousness. According to Scientific American, putting someone into a drug-induced coma is not all that different than the anesthesiologic process that more than 60,000 people undergo every year prior to surgeries. It’s the slowing of brain function that is necessary to prevent damage that can be done by a lack of blood flow. Anesthesia essentially induces the coma. This state can be controlled and monitored by medical professionals until they deem it safe to bring the patient out of the coma.

Risks and Side Effects

There are some risks associated with medically induced comas. According to National Public Radio, the procedure lowers blood pressure, which can lead to complications for some individuals. There can also be issues with a person’s heart that arise during a coma. Infection in the chest is another problem that can occur, as the cough reflex is suppressed.

This is why consistent monitoring is paramount. Monitoring can include the measurement of brain waves and even the direct measurement of pressure on the brain. Neurological testing, such as use of the Glasgow Scale, might also be employed to assess brain functioning and response to stimuli.
A side effect of a drug-induced coma can be the onset of vivid nightmares. This could be the result of some exterior stimulation, as some patients can sense some things from the outside world while in the coma state. The brain may be trying to make sense of the stimulation, which could account for reports of nightmares and even hallucinations in patients in medically induced comas.

While the concept of intentionally putting someone into a coma can be unsettling, a drug-induced coma can be a vital medical tool to aid the healing process. As monitoring technology is continually improving, the procedure is becoming less risky; in most instances, the benefits far outweigh the risks involved.

Last Updated on November 30, 2021
Share
Editorial Staff
The editorial staff of American Addiction Centers is made up of credentialed clinical reviewers with hands-on experience in or expert knowledge of addiction treatment.
Related Topics
Related Tags
co-occurring disorders
Don’t wait. Call us now.
Our admissions navigators are available to help 24/7 to discuss treatment.
Why call us?
Get addiction help now (24/7 helpline)We’re here for you every step of the way.