Side Effects and Long-Term Effects of Methadone

Marisa Crane, B.S.
Related Topics
Related Tags
opioid
side-effects
Methadone is used both medically and illicitly. The drug is considered a Schedule II narcotic, which means it has accepted medical uses and can legally be prescribed by physicians in the United States; it is prescribed to treat severe, chronic pain, such as that associated with cancer.

It is also commonly used to treat addiction to heroin and prescription painkillers like Vicodin and OxyContin. While methadone is considered a safer alternative to some other narcotics, the drug still brings with it a high risk for abuse and dangerous side effects.

History of Methadone Use

During World War II, German medics used a new, synthetic drug to treat soldiers when morphine stores ran low. The drug, which had been developed a decade before by German scientists Max Bockmühl and Gustav Ehrhart, was lauded as an effective and less addictive substitute for painkillers like morphine and opiates. News of the drug crossed battle lines to reach allied forces; by the end of the war, the United States had secured the rights to Bockmühl and Ehrhart’s drug: methadone.

Methadone reached the United States in 1947. Upon its release, the drug was advertised as an all-purpose pain medication. It wasn’t until 1971, however, that the FDA approved methadone as a viable medical treatment for heroin and other narcotic abuse. Thirty years later, the FDA shifted regulatory control to the Substance Abuse and Mental Health Services Administration (SAMHSA), which issued new regulations that enabled physicians to prescribe methadone to their patients in recovery programs as well as those suffering from chronic pain. 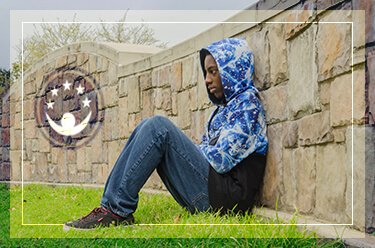 The Centers for Disease Control (CDC) attributes about 5,000 deaths each year to methadone overdose, and the problem is rapidly growing. In 2009, six times as many people died due to methadone overdose than in 1999. This increase in abuse has been so pronounced, in fact, that many physicians are taking a stand to prevent the dangerous effects of methadone misuse in their patients. Physicians find that education is a productive way to impress the dangers of methadone upon their patients and their loved ones.

As with most medications, there are many benefits to using methadone, particularly for those in recovery from opioid abuse; however, these benefits come along with various risks. It’s important to understand the side effects, including long-term effects, of using methadone to address addiction. Individuals and their families, in conjunction with their treatment teams, should then weigh the pros and cons of using methadone, and create a long-term treatment plan that accounts for all variables.

To understand how methadone affects the body, it is important to understand what exactly methadone is. The University of Maryland’s Center for Substance Abuse Research (CESAR) refers to the drug as a “synthetic, narcotic analgesic,” or pain reliever. Methadone is available in oral forms for prescription use. The drug takes the form of either a tablet, powder, or liquid that a person can ingest to experience relief from chronic pain. While methadone has proven an excellent painkiller, it is only used in instances of severe, persisting pain due to its potential side effects, including its addiction potential.

Again, methadone has also been proven to reduce symptoms of withdrawal in individuals recovering from addiction to narcotics like heroin. In fact, methadone treatment has been widely considered an effective method of treatment. Several studies have found that individuals who use methadone maintenance treatment (MMT) have an easier time managing withdrawal, and their risk of relapse is greatly decreased. This means that those undergoing addiction treatment can more effectively focus on therapy and long-term recovery without dealing with the painful side effects and strong cravings associated with opioid withdrawal. Once a person has a strong footing in recovery, their doctor may slowly reduce the dose of methadone over time to wean them off the substance.

On the surface, methadone mimics the substance it was made to replace: morphine. Methadone is an opioid agonist, which means it binds to the opioid receptors in the brain and activates them, leading to pain relief. But unlike morphine, methadone’s effects are more gradual and mild overall. The drug absorbs into the body slowly, offering pain relief while preventing the euphoric high characteristic of morphine.

While methadone is effective at managing cravings for other opioids, it can still be abused. As a result, patients who are on methadone maintenance treatment must often visit a clinic daily to get their dose of methadone.

Although carefully monitored dosages of methadone are legally and medically acceptable, methadone is still an opioid agonist drug like heroin or opium. It’s important to recognize that, while methadone is a milder drug, it is still a narcotic with a high chance of addiction and dangerous side effects. When a person takes methadone in any form, they run the risk of experiencing a host of dangerous effects, which can cause both physical and psychological harm.

Even when one only uses methadone briefly, they may notice some unpleasant side effects. Some of these are mild, such as:

However, some people may experience serious side effects from methadone use, such as:

Psychological side effects can be just as serious as physical side effects, so it’s important to bring these issues to the attention of supervising medical personnel. In some instances, the dosage of methadone will be lowered, or the person may be switched to a different medication, such as buprenorphine.

Methadone addiction is a very real issue for many people. In cases where methadone is prescribed for pain, the relief the drug provides can lead to chemical dependency in a person suffering from chronic pain, which is why some physicians are hesitant to prescribe methadone to their patients at all. Those who do prescribe methadone often take extra care to monitor their patients’ prescriptions and watch for signs of misuse that could indicate a developing dependency.

Even though methadone is used in addiction treatment, it is still an opioid, meaning that it fosters physical dependence. If a person were to stop taking methadone suddenly, they would experience the intense withdrawal symptoms associated with other opioids, like heroin and prescription painkillers.

Methadone addiction can develop through illicit use, which is any use without a prescription, or by using the drug improperly (e.g., taking more than prescribed or combining the drug with other substances of abuse). Research on methadone’s potency, such as a study in Clinical Pharmacology and Therapeutics, has discovered that snorting a powered version of the substance can result in a rapid high with opioid-like effects. This kind of misuse can ultimately lead to a serious methadone addiction.

An addiction to any substance can have an incredibly dangerous impact on a person, and addiction to methadone is no different. Long-term methadone use can cause damage to the nerves, liver, and even the brain. This is best shown in a 2011 study published Pharmacology Biochemistry and Behavior.

In the study, researchers treated lab rats with methadone for three weeks, then monitored their reactions to new objects in their cages. While the rats were exposed to the drug, they were unsurprisingly distracted and disinterested in the new object. However, researchers were surprised to discover that after the rats were sober again, they still had lower attention spans than before the experiment began. The researchers concluded that the methadone had a lasting impact on the rats’ brain functions – an impact that they believe could also occur in humans.

Based on information like this, it’s important for supervising physicians to conduct a cost-benefit analysis regarding use of methadone. Obviously, any ongoing use of a drug comes with risks, but in cases of opioid addiction, the risks of methadone use are often outweighed by the benefits of managing opioid abuse. 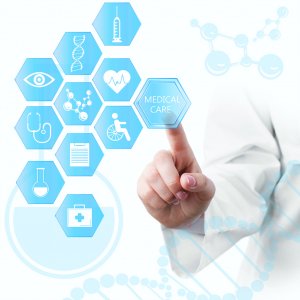 Several studies emphasize the value methadone treatment holds for individuals working to overcome addiction. A 2013 study in BMC Psychiatry looked at people using methadone maintenance treatment to combat heroin addiction in Taiwan and found that, for every six-month period they participated in the treatment, their psychological state and overall quality of life increased. A 2014 study published in the Public Library of Science found that methadone treatment not only helped individuals stay sober; it ultimately reduced the rates of HIV and hepatitis C in Xi’an, China.

Ultimately, every day lived in recovery is a benefit, reducing the negative effects of opioid addiction. Since methadone often enables those suffering from opioid addiction to live balanced, productive lives in recovery, the benefits are great.

However, the positive qualities of methadone don’t always outweigh the short-term and long-term effects of its use. In 2009, the CDC found that over 4 million people were prescribed methadone by a physician. That same year, methadone-related overdoses made up one-third of prescription painkiller-related deaths in the US.

These statistics have drummed up controversy on all sides of the methadone debate. Some people advocate for its use, provided that treatment comes from a medical professional familiar with the drug who closely monitors the patient throughout the treatment period. Others advocate for other, safer drugs like buprenorphine, a partial opioid antagonist that will bind to receptors in the brain (providing pain relief) without activating them (eliminating any potential for a high). Buprenorphine also comes in more abuse-deterrent formats, reducing some of the risks associated with methadone use.

Marisa Crane, B.S.
Related Topics
Related Tags
opioid
side-effects
Don’t wait. Call us now.
Our admissions navigators are available to help 24/7 to discuss treatment.
Why call us?
Get addiction help now (24/7 helpline)We’re here for you every step of the way.