Catatonia as It Relates to Drug or Alcohol Problems 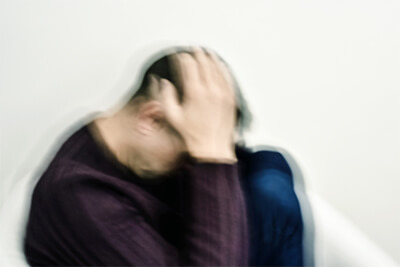 Catatonia cannot be diagnosed as a standalone form of mental illness. Instead, it can be diagnosed as being associated with some other mental disorder, as being due to some other medical condition, or with an unspecified cause, but it is assumed that catatonia is the result of some other condition and is not a specific mental health disorder.

The stereotypical depiction of someone in a catatonic state is someone who is frozen in a specific posture, and this is not inaccurate. However, the diagnosis of catatonia can be only made when the person has three or more specific symptoms that include:

When three or more of these symptoms occur in the context of a mental health disorder, the disorder is specified. The field of potential mental health disorders that can be associated with catatonia are numerous, including psychotic disorders like schizophrenia, schizoaffective disorder, or brief psychotic disorder, as well as other disorders like neurodevelopmental disorders, bipolar disorder, or major depressive disorder. When the catatonia is suspected to be due to a medical condition, the medical condition is specified. These can also be numerous, including encephalopathy, dementia, certain nutritional deficiencies, and numerous other medical conditions. 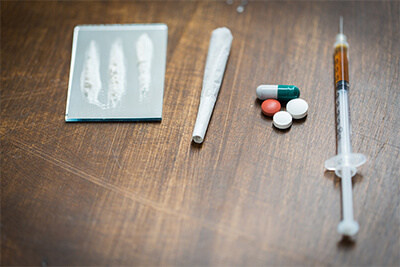 There are case studies that have suggested that catatonic states may be caused by substance abuse or as a result of the withdrawal syndrome associated with certain drugs of abuse. There are case studies suggesting that catatonia can be associated with cocaine abuse, withdrawal from alcohol, the abuse of over-the-counter medications like acetaminophen, and even withdrawal from cannabis products. The inspection of the majority of these case studies indicates that there are numerous potential contributing factors to the catatonia in these cases, such as the person having a history of some other mental health disorder, some other medical disorder, or a previous history of substance abuse that is most often identified as polysubstance abuse. However, in some cases, it appears that catatonia could reasonably result from specific types of drugs of abuse, such as cocaine abuse.

It is known that cocaine abuse sharply increases the levels of the neurotransmitter dopamine in the central nervous system, and many of the mental health disorders that are commonly associated with catatonia are psychotic disorders, which are also believed to be associated with increased levels of dopamine. Other neurotransmitters are certainly affected by cocaine use and imbalanced in the psychotic disorders, so this complicates the picture even further when case studies of individuals reveal that there are multiple potential contributors to the individual’s catatonia. However, when clinicians are faced with diagnosing a client who has catatonia, the potential causal factors that would be considered would include the presence of some other mental health disorder, followed by the potential for some medical condition to affect the condition, and finally, an investigation of the individual’s substance abuse history.

Typically, clinicians will attempt to address the condition that is believed to be responsible for the individual’s catatonia in an attempt to resolve the catatonic states. The specific treatment will depend on the type of mental health disorder or medical condition the clinician is addressing. Therapy is not considered to be an effective approach to the treatment of catatonic behavior.

If catatonia does not resolve as a result of attempting to treat the underlying condition believed to be responsible, benzodiazepines (e.g., Valium [diazepam]) are often administered. In cases where the catatonia is resistant to medication, electroconvulsive therapy (ECT) may be implemented to treat catatonia. Failing to recognize and treat catatonia can lead to death, so attempting to resolve the underlying issue and address any residual catatonic symptoms is crucial.

Treatment for substance abuse in these individuals would follow the same course of action as the effective management of substance abuse issues for most individuals. Directly addressing the individual’s substance abuse would take place after the catatonia has been resolved and the client is amenable to being involved in various forms of therapy in addition to taking medications.

Editorial Staff
Author
The editorial staff of American Addiction Centers is made up of credentialed clinical reviewers with hands-on experience in or expert knowledge of ad … Read More
Read Our Editorial Policy
Related Topics
Related Tags
co-occurring disorders
pyschosis
Are you covered for addiction treatment? Find your insurance.
Check My Insurance
Do you have insurance?
Don’t wait. Call us now.
Our admissions navigators are available to help 24/7 to discuss treatment.
Get addiction help now (24/7 helpline)We’re here for you every step of the way.