Substance Abuse in the Army

Veterans that served in the Army may have mental health issues that also include substance abuse. This article examines rates of alcohol and drug abuse, as well as the most common mental health diagnoses found among veterans. Addiction and mental health treatment options are available through the U.S. Department of Veteran Affairs (VA) and private providers, such as American Addiction Centers (AAC).

Substance use and abuse is common among service member and veterans in every branch of the U.S. Military. Addiction is chronic medical disease where people use substances or continue compulsive behaviors despite experiencing harmful consequences.1

Addiction with Co-Occurring Mental Health Issues in the Army 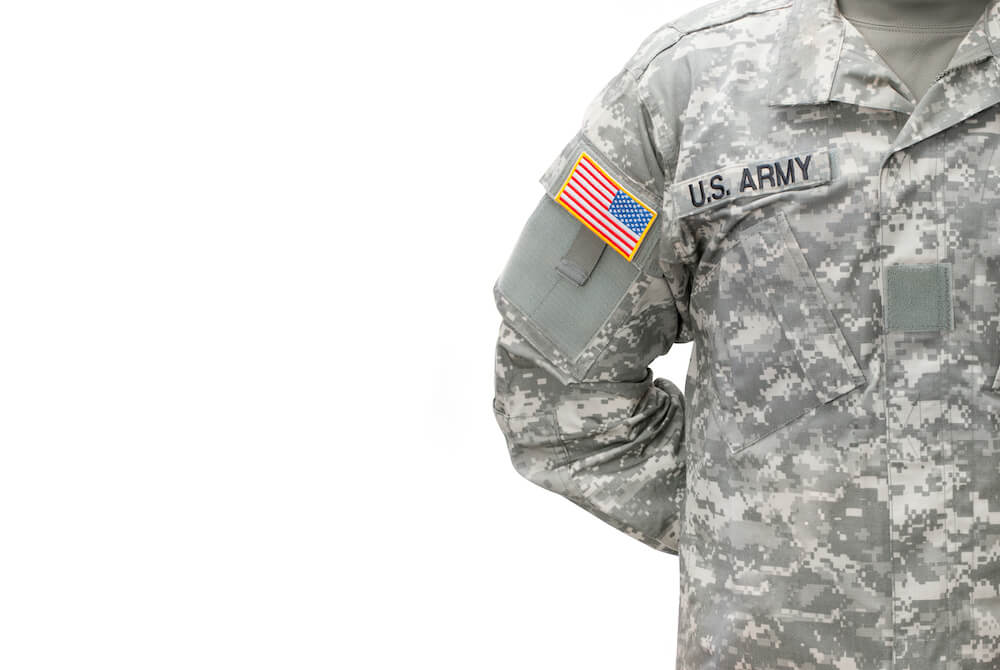 Mental health issues exist among service members, just as they do among the civilian population. Post-traumatic stress disorder (PTSD) is prevalent among veterans and varies from one group of veterans to another.5

Around 30% of Vietnam veterans have likely met the criteria for a diagnosis of PTSD at some point in their lives.5 Among Gulf War veterans, around 12% are estimated to have symptoms of PTSD.5 For more recent military conflicts, including Operation Iraqi Freedom and Operation Enduring Freedom, the estimated prevalence of PTSD symptoms in veterans ranges from 11% to 20%.5

Depression rates among veterans is also significant. The VA estimates that 1 in 3 veterans have symptoms of depression. As many as 1 in 8 have major depression.6 However, Vietnam veterans are twice as likely to have depression as are Korean War or World War II veterans.6

It is not easy for veterans to reach out and ask for help with mental health issues or substance abuse. Some of the reasons veterans do not ask for help, especially for PTSD, include:8

The VA operates numerous helplines and sites to search for information. The U.S. Army offers a series of videos that discuss numerous mental health topics. The veteran’s crisis line is open 24/7 online or by phone, 1-800-273-8255, then press 1.

If you are concerned about substance abuse, the VA also provides a screening tool that can help determine if you could benefit from treatment for alcohol abuse or drug abuse at a VA rehab center or other treatment provider.

If you or your loved one is a former service member, numerous treatment options are available, including VA inpatient rehab, as well as private providers. Veterans can also seek community-based services through the MISSION Act Community Care program. These benefits can be used for mental health treatment, substance abuse treatment, or treatment for co-occurring disorders. The VA Community Care Network can help you find treatment near home. Learn more about VA benefits for rehab.

Information regarding TRICARE and its crisis services may be accessed for more information.

In addition, while seeking help, you can reach out to the veterans’ crisis line.

What is Salute to Recovery program?

AAC offers a treatment program called Salute to Recovery that is geared towards veterans with a substance abuse and mental illness. Many of the staff members are veterans themselves, which gives them a perspective to help veterans in a more focused and passionate way.

Remember that PSTD, depression, drug abuse, and co-occurring illnesses are frequent issues for veterans. You can reach out through the numerous services offered through the VA, either directly, or by the VA approving outside providers who can offer addiction treatment or treatment for mental illness. AAC offers services geared to veterans, which can help you or your loved one recover for substance abuse or co-occurring illnesses.

Leah K. Walker, Ph.D., L.M.F.T.
Author
Leah K. Walker is a licensed marriage and family therapist with a Ph.D. in family relations.
Read Our Editorial Policy
Related Topics
Related Tags
veterans
Don’t wait. Call us now.
Our admissions navigators are available to help 24/7 to discuss treatment.
Why call us?
Get addiction help now (24/7 helpline)We’re here for you every step of the way.