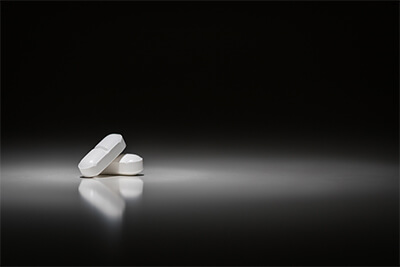 Historically, Vicodin was one of several branded formulations of hydrocodone available in combination with acetaminophen. The drug was discontinued in the U.S. market.

Vicodin is prescribed for use in people who deal with pain that is severe enough that other treatments don’t help them. Hydrocodone is a controlled substance, categorized as Schedule II. As such, Vicodin is only available with a prescription.

A doctor may prescribe Vicodin to someone who has been treated with nonopioid analgesics or other treatments that didn’t address the patient’s severe pain. Vicodin may also be prescribed to people who do not tolerate other medications well.

According to the National Institutes of Health, hydrocodone comes from poppy seed resin and is used along with acetaminophen to treat pain. It can also be used with antihistamines to treat cough issues. Those who use Vicodin may have to take it every 4–6 hours, depending on their prescription.

Because hydrocodone is an opioid, some users may become dependent on Vicodin. The risk of dependency is increased in people who have a family history of substance abuse or a history of depression. Still, Vicodin is prescribed when the benefits of use outweigh the risks. One way to decrease the risk of dependency is to take the lowest necessary dosage for the shortest period of time possible.

Dependence on Vicodin can produce behavioral, mood, psychological, and physical symptoms. These can include:

Taking Vicodin for a long period can also cause people to become tolerant to its effects. They may then increase their dosage in an effort to feel the effects of the drug. This cycle of tolerance and increasing dosages can quickly lead to dependence.

Some people may confuse signs of withdrawal for the flu. Withdrawal symptoms may include:

The National Capital Poison Center reports that more than 64,000 Americans died due to overdose in 2016. From 2000 to 2016, the number of deaths linked to prescription opioids has increased dramatically and even surpassed deaths cause by illegal drugs, such as heroin.

The National Institutes of Health reports that prescription and over-the-counter medications are some of the most abused substances by teenagers after marijuana. About 11.4 percent of young people between the ages of 12 and 25 used prescriptions for recreational purposes in 2017.

The US Department of Health and Human Services (HHS) states that in the 1990s, pharmaceutical companies did what they could to convince the medical community that opioid prescriptions wouldn’t be addictive. This caused doctors to prescribe them at higher rates than before. Over time, medical professionals became aware that the abuse of prescription and nonprescription opioids was becoming a larger problem.

According to HHS, 11.5 million people used opioid medications in an inappropriate manner in 2016. That is, these medications were used for nonmedical reasons. In addition, 2.1 million people experienced an opioid use disorder, and 116 people died every single day because of overdoses related to opioid prescriptions.

Why People Begin to Depend on Vicodin 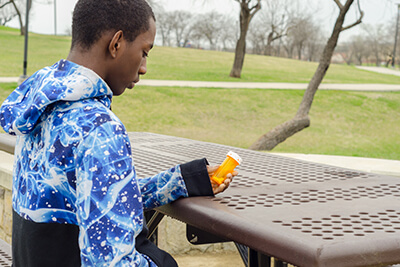 Hydrocodone gets in the way of pain signals to the brain. This changes how a person reacts to pain, and it can also create a feeling of euphoria when the drug is taken at higher doses.

As mentioned in The Conversation, many people become dependent on Vicodin involuntarily. The pain relief of Vicodin, coupled with the associated dopamine relief, triggers users to want more of the drug, even when it is no longer medically necessary. People who are prescribed the drug don’t set out to abuse it, but the drug’s powerful effects prompt compulsive use over time.

Opioid abuse has become a widespread epidemic across the US that has garnered attention from public leaders and the media. The Health Resources and Services Administration has created grants to increase access to treatment for mental health and substance use disorders in an effort to combat the rising problem.

Managing Pain without Vicodin or Opiates

Those who wish not to use Vicodin have alternatives for pain relief, but they have to discuss them with their physician before making sudden changes. According to the CDC, there are various medication-based alternatives to opiates for dealing with pain.

There are also some alternative treatments for pain that do not involve medication at all.

Research is being conducted on the use of marijuana as an alternative and less addictive form of pain medication. The use of cannabis can depend widely on local laws, a patient’s condition, and its availability. Marijuana also presents its own risks in regard to abuse and addiction, so more studies are needed to determine whether or not it can function as an alternative to opioids. 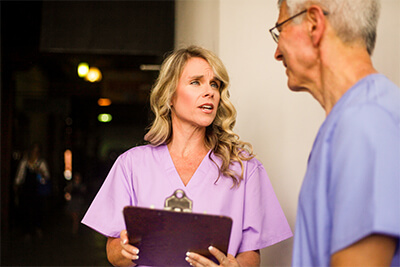 One way to decrease dependency on Vicodin is to talk with your doctor and decrease intake under their watch. Some doctors may even prescribe something to help with potential withdrawal symptoms from Vicodin. Others may recommended a tapered approach to slowly wean off the medication.

If you have been taking Vicodin for a long time or at high doses, medical detox is required to get off the medication. Medication-assisted treatment (MAT) is available for those who are addicted to opioids. This involves taking methadone or buprenorphine to essentially replace the opioids that have been abused. Then, over time, the supervising physician will lower the dosage of the replacement medication until no drugs are being taken at all.

MAT prevents intense withdrawal symptoms during detox. This allows the person to focus on the therapeutic aspects of recovery, and it reduces the likelihood of relapse during detox. On its own, detox isn’t sufficient to address addiction. It must be followed by comprehensive therapy.

What to Look for When Seeking Treatment

According to Psychology Today, recovery is a long-term process. Addiction can affect virtually all parts of a person’s life, and treatment must be comprehensive to effectively address the issue.

Treatment programs may employ various strategies to care for clients.

A good treatment facility will monitor each client’s progress, involve the person’s family in recovery efforts, and help them deal with physical health issues that may trigger their desire to use substances of abuse. There should always be a doctor on staff, and the treatment center should be properly licensed. 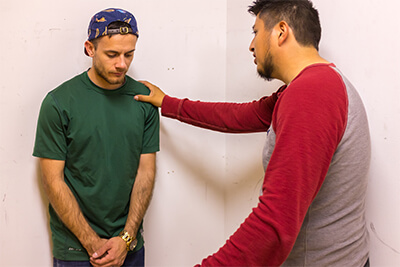 According to the University of Rochester Medical Center, some steps you can take to help a friend or loved dealing with Vicodin addiction include: