Edited by Kristina Ackermann
Last Updated: August 19, 2020
Why call us?
Table of Contents

Kristina Ackermann
Kristina Ackermann, B.A., is a professional writer and editor. Her professional experience includes evidence-based research for peer-reviewed medical journals, with an emphasis in prehospital care.
Related Topics
Related Tags
opioid
withdrawal
OxyContin is a strong prescription painkiller derived from oxycodone, and specifically formulated to release pain medication into the body over a period of up to 12 hours.

This medication was formulated to help patients with severe, long-lasting pain. The Food and Drug Administration recently specified that strong painkillers like OxyContin should only be used for severe, chronic pain from conditions like arthritis and cancer. Prescription doses for OxyContin range from as little as 10 mg to as much as 80 mg. The benefit of the medication, for people who suffer otherwise unmanageable chronic pain, is that the pain relief lasts consistently for several hours, making it easier for these individuals to participate in daily activities. This also means that these individuals do not have to take pain medication every 4-6 hours and can focus on having a normal daily routine.

The time-release aspect of OxyContin, along with restrictions on prescribing practices, make the drug a bit less of a target for addiction, compared to easily accessed painkillers like Percocet or Vicodin. However, many people still become addicted to OxyContin, often for the euphoric effects that can be experienced from a high dose of opioid pain medication. Some people struggling with addiction try to find ways to bypass the time-release aspect of the medication, while others simply take excessive doses of the drug for a long-lasting high.

AAC is in-network with many insurance providers, which means your treatment could be covered.

These dangerous abuses put these people at extremely high risk of overdose and death. Worse, when people develop a tolerance for strong prescription pain medications like OxyContin, they can experience withdrawal symptoms more quickly when the drug leaves the body, and they may feel the need to take dangerous amounts of the medication to feel “normal.”Although people who have chronic pain conditions may build a tolerance to OxyContin, this does not mean they are addicted to the drug.

These individuals should speak with their doctors about how they can best treat their pain. Current prescribing practices recommend that medical professionals ask their patients about any history of drug addiction or abuse, or any history in their family, before prescribing the medication. OxyContin is designed only for those who have ongoing pain and need long-term pain management.

OxyContin withdrawal symptoms are similar to those of other opioid pain medications, but can be more severe depending on how the drug was abused and how large the dose was. Especially with a strong medication like OxyContin, the potential for addiction and subsequent withdrawal symptoms is very high.

Later symptoms of OxyContin withdrawal include:

Although OxyContin withdrawal can feel terrible, it is not often life-threatening. However, due to the high likelihood of relapse during opiate detox, medical detox is recommended.

Because OxyContin comes in an extended-release format, if taken in pill form, the medication will not begin to wear off for 12-24 hours after the last dose. However, oxycodone has a half-life of four hours, so if the medication is abused in ways that bypass the time-release aspect, withdrawal can start within 4-8 hours after the last dose. Later symptoms typically start 24 hours after the early symptoms. The first full day of OxyContin withdrawal may manifest as severe flu for many individuals, but the second day shows more typical withdrawal symptoms. As with other opioid medications, OxyContin withdrawal can take 1-2 weeks. The most acute symptoms usually begin to clear up after three days, but for some people, withdrawal can continue for two weeks or more. Some individuals who suffer from severe addictions can experience psychological withdrawal symptoms for months after ending OxyContin use.

Duration of withdrawal depends on many individual factors, including the strength of the OxyContin dose, whether it was extended release or not, whether the individual found illegal ways to bypass the time-release formulas in the medication, how long the individual took OxyContin, environmental stresses, and biological or genetic factors that can contribute to addiction. 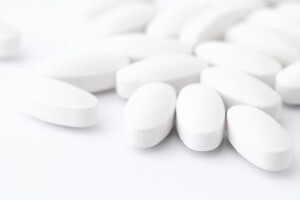 When a person wants to end an addiction to opioid medications, such as OxyContin, it is important to know what options are in place to help ease the transition. Many individuals can benefit from inpatient detox and rehabilitation, because this removes them from the environmental stress that might trigger addictive behaviors or self-medication.

In some instances, tapered doses are given rather than forcing the individual to quit “cold turkey.”

Psychiatric medications to treat depression or anxiety may be used in some instances, to ease the psychological ramifications associated withdrawal. A commonly prescribed medication to ease opioid withdrawal is clonidine, which addresses some of the most acute symptoms like sweating, cold- or flu-like symptoms, muscle cramps and aches, agitation, and anxiety.

Naloxone has not been recommended as a primary treatment for OxyContin or other opioid withdrawal, but medical researchers are investigating the possibility. This medication binds to opioid receptors in the brain faster than opioid medications do, and right now, this drug is used by emergency responders in several states in the US to stop overdose symptoms long enough for the individual to be taken to the hospital. Naloxone leaves the body faster than opioid drugs, however, so overdose symptoms do not end but are instead halted. Medical research is being conducted on how naloxone could be applied to withdrawal or addiction treatment, but no guidelines have been approved yet.
More on Withdrawal & Timelines
About Drug and Alcohol Detox
Last Updated on August 19, 2020
Share