How Addictive Is Morphine?

Morphine is a powerful narcotic opioid drug that comes from the opium poppy plant. It is a prescription strength pain reliever that the Global Information Network About Drugs (GINAD) reports is one of the most potent opioid drugs in existence.

As a very effective painkiller, morphine may be manufactured in liquid, tablet, capsule, suppository, or injectable forms, and sold under brand names that include MS-Contin, MSiR, Oramorph SR, Roxanol, Kadian, and RMS. The Drug Enforcement Administration (DEA) classifies morphine as a Schedule II controlled substance. Schedule I drugs are substances with no approved medicinal uses, and Schedule II is the highest regulation for drugs that are used medically, which indicates their extreme abuse, diversion, and addictive potential.

Morphine is known by a variety of slang names, including:

Morphine may be used as a substitute for the illegal opioid drug heroin. The Substance Abuse and Mental Health Services Administration (SAMHSA) publishes that, according to the National Survey on Drug Use and Health (NSDUH) in 2014, over 4 million Americans abused a prescription painkiller and close to 2 million met the diagnostic criteria for a substance use disorder involving these medications.

Morphine is designed to block pain sensations and calm some of the functions of the central nervous system by slowing heart rate, blood pressure, and respiration while enhancing a sense of calm and pleasure. Even when used as directed, the U.S. Food and Drug Administration (FDA) publishes warnings that morphine can be habit-forming and cause physical dependence.

Dependence on a drug is not the same thing as addiction. Instead, it refers to what happens when the brain and body become used to the dosage and depend on the drug’s interaction. Addiction is when drug use becomes compulsive. 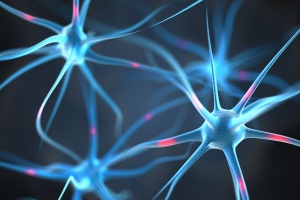 As an opioid, morphine binds to opioid receptors in the reward circuitry of the brain, as well as to parts of the pathways related to pain sensations, which is how it produces analgesic effects, the National Institute on Drug Abuse (NIDA) explains. Morphine can interfere with the way chemical messengers in the brain are produced, distributed, and reabsorbed. When something makes an individual happy, be it the sight of a particular person or the smell of a desirable food, neurotransmitters like dopamine are released, triggering happiness. A person is then encouraged to repeat whatever led to these pleasant feelings, and a reward pathway in the brain is formed. Morphine disrupts this natural process by creating dopamine that floods the brain, inducing euphoria or a “high,” particularly when abused or used recreationally. As morphine is taken or abused consistently, these changes become more ingrained. Morphine may become the main way a person is able to feel pleasure; thus, a dependence may form.

From Abuse and Dependence to Addiction

Not everyone who develops a dependence on morphine may become addicted to it, but it is highly likely. When someone uses a drug for recreational purposes (i.e., beyond the scope of a legitimate prescription), the risk for becoming addicted to the drug increases. Injecting, snorting, or smoking morphine sends the drug rapidly across the barrier between the brain and blood, and circumvents any extended-release properties, sending the entire dosage into the bloodstream at once. Not only does this raise the risk for a potentially fatal overdose from suppressed respiration rates, it also may lead more quickly to dependence and addiction.

A loss of control over drug usage is one of the main indicators of addiction. Taking multiple drugs at once, or abusing alcohol in conjunction with morphine, also increases the odds for an overdose and makes it more likely that the person will become addicted.

Opioid addictive disorders may be highly heritable, as much as 60 percent of the time, according to the journal Clinical Pharmacology & Therapeutics, meaning that genetics also can contribute to morphine addiction. Environmental factors, such as high stress levels, abuse, neglect, and childhood trauma, can also influence whether or not a person becomes addicted to morphine.

With comprehensive treatment, morphine addiction can be overcome, and true recovery can be reached.