Is Gabapentin an Opiate?

Authored by Editorial Staff
Last Updated: December 21, 2021
Why call us? 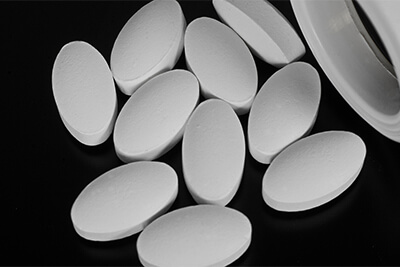 Gabapentin is a drug that is sold under numerous brand names (most commonly, Neurontin), and there are numerous generic forms of the drug. Gabapentin is formally listed as an anticonvulsant drug, meaning that it is designed to control seizures. It is also used for the control of certain types of pain, for anxiety control in certain types of mental health disorders, for the treatment of withdrawal symptoms, and for numerous other applications.

Opiate drugs are either developed from substances that come from the Asian poppy plant (from opium), or they are synthetically manufactured chemical substances that resemble various aspects of substances found in opium. The primary use of opiate drugs is for pain control, although there are some other uses, such as to control coughing or diarrhea.

Opiate drugs are significant drugs of abuse and have received much attention in the media as drugs of abuse. Some of the more common and well-known opiate drugs include the illicit drug heroin and prescription medications like morphine, Vicodin (a combination of the over-the-counter pain reliever acetaminophen and the opiate drug hydrocodone) that was discontinued in U.S. markets, OxyContin (the opiate drug oxycodone), and many others.

Major Differences and Similarities between Opiates and Gabapentin 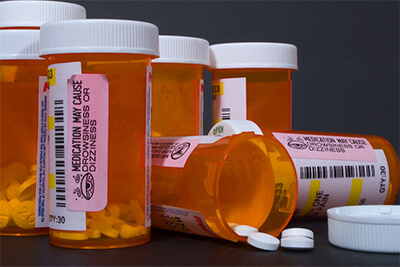 Both drugs have different mechanisms of action. Gabapentin’s mechanism of action is not fully understood. Even though it was designed to be a synthetic form of the neurotransmitter GABA, it does not attach to the GABA receptors. Instead, it appears to affect the electrical activity within the neuron, and this may result in an inhibitory or slowing response that may lead to an increase in the levels of GABA in the brain and spinal cord.

Opiate drugs attached to specific receptor sites in the brain that are naturally designed to affect the subjective experience of pain and stress, and they are designed for endorphins and other neurotransmitters known as enkephalins. These neurotransmitters are often collectively referred to as endogenous opiates and the receptor sites as opioid receptors. Thus, both drugs are chemically different with different mechanisms of action.

Both drugs require prescriptions from a physician in order to use legally; however, gabapentin is not listed as a controlled substance by the United States Drug Enforcement Administration (DEA), whereas all opiate drugs are controlled substances. The DEA now requires close monitoring of opiates, and people must get a new prescription from their physician in order to continue using the drug once they have run out of it, whereas this does not apply to gabapentin. Thus, the level of control placed on these drugs is entirely different.

Both gabapentin and opiate drugs appear to slow the functioning of the neurons in the brain and spinal cord (the central nervous system), but as mentioned above, they do so by different mechanisms of action. Thus, both drugs can be used to treat issues with the subjective experience of pain as a result of specific types of signals in the brain. By slowing down the singling process in the brain, both drugs can affect or decrease this subjective experience of pain.

While gabapentin and opiate drugs share some minor similarities, they are very different drugs. Gabapentin is not an opiate drug and not considered to be a dangerous drug of abuse like most opiate drugs.

Editorial Staff
Related Topics
Related Tags
gabapentin
opioid
sedatives
Don’t wait. Call us now.
Our admissions navigators are available to help 24/7 to discuss treatment.
Why call us?
Get addiction help now (24/7 helpline)We’re here for you every step of the way.