Opioid drugs are incredibly effective at relieving pain, but in the past their use in medicine was limited due to their addictive potential. Opioid use by medical practitioners exploded, however, after the American Pain Society identified pain as the “fifth vital sign” in 1995 and the Joint Commission published new guidelines for pain management 5 years later.1 This article will highlight some of the illicit and prescription opioids that have created concern in recent years. 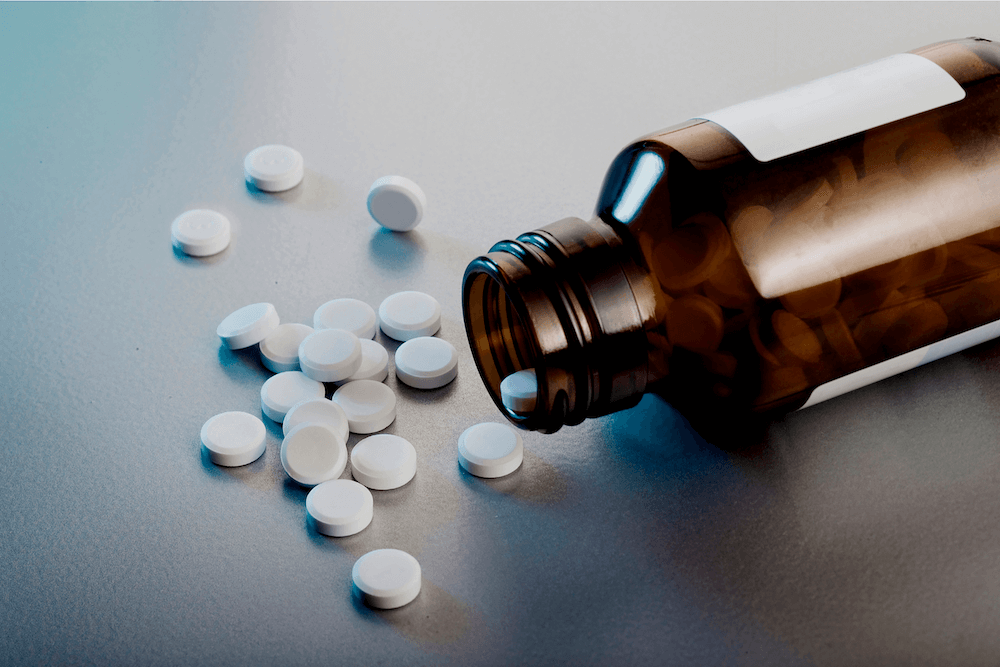 Relaxed scrutiny over opioid prescribing by physicians combined with increased scrutiny over pain management led to huge increases in opioid prescriptions in the early 2000s. However well-intentioned this prescribing was, it played a major role in the menacing opioid crisis in the United States that continues today. An estimated 80% of heroin users report first misusing prescription opioids, according to the National Institute on Drug Abuse (NIDA).2

For many years, the opioid drugs most people knew about were heroin and commonly prescribed painkillers, such as oxycodone, hydrocodone, codeine, and morphine. The opioid crisis has resulted in drug manufacturers introducing new formulations of opioids designed to deter abuse. Today, opioid overdose deaths are being increasingly driven by the presence of potentially dangerous synthetic opioids, including fentanyl and closely related fentanyl-derived drugs, such as carfentanil — sometimes diverted from legal sources but also cheaply manufactured in illicit laboratories for inclusion in the nation’s supply of heroin, cocaine, methamphetamine, ecstasy and counterfeit pharmaceuticals. 3, 4

If you are interested in opioid rehab for you or a loved one and are not sure where to turn, call us today at You may also fill in our insurance verification form below where one of our compassionate admissions navigators will contact you and help you determine your options for treatment.

Fentanyl is an extremely potent prescription synthetic opioid with intense and fast-acting effects. Fentanyl is marketed under numerous trade names, including Duragesic and Actiq. This medication is 50-100 times more potent than morphine, and it’s typically reserved for patients with severe pain, such as those who’ve just undergone surgery, and in patients with chronic pain who are physically tolerant to other opioids.4, 5

Fentanyl is not a new drug; however, drug dealers are increasingly using fentanyl increase the potency in heroin resulting in its involvement in rising numbers of overdose deaths, which has taken it from a medication that used to be largely unknown and has made it a household name.6

The amount of fentanyl that can cause critical overdose in individuals that ingest it is extremely small compared to that of most other opioid drugs.

Fentanyl is a synthetic opioid, which means it can be made in a lab. As a prescription drug it is highly regulated, like all opioids. However, because it is a synthetic drug it can be nefariously produced on the black market. Illicitly manufactured fentanyl (IMF) is big business, and increasingly detected in many street drugs, including heroin, cocaine, methamphetamine, and MDMA. It has also been found in counterfeit prescription pills, such as OxyContin and Xanax.  Of course, this can prove extremely hazardous for those who don’t know that the drug they’re taking is laced with this intensely potent synthetic opioid.5, 7 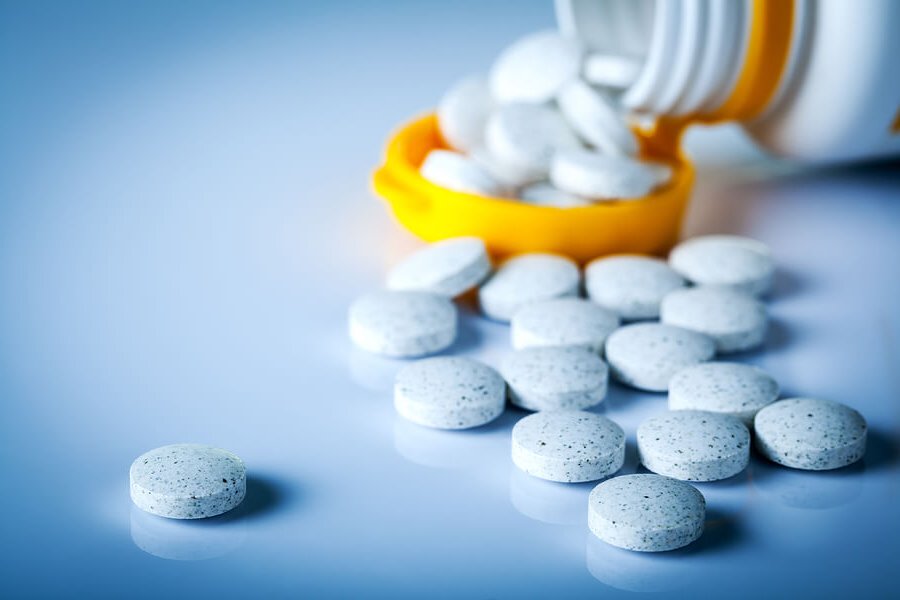 During January of 2016 lasting until December of 2017. Florida saw over 1,181 carfentanil-involved fatal overdoses. Almost one-fifth of these of these carfentanil-driven deaths were in the Sarasota area, a coastal region of the state on the Gulf of Mexico.10

While the abuse of carfentanil may be relatively new, carfentanil itself is not new. In fact, it was first synthesized in 1974 by a Belgian pharmaceutical company. As a drug predominantly used by veterinarians to anesthetize large animals, its extreme potency makes it inappropriate for use in humans.11

It takes only about one microgram of carfentanil for humans to experience its effects. Even like fentanyl, carfentanil’s potency is such that an overdose may require multiple doses of naloxone, the opioid reversal drug and in some naloxone may not be effective. Carfentanil, a white powder, may be mixed into heroin, cocaine or methamphetamine, posing an extreme risk to users.11

U-47700 is a potent synthetic opioid that goes by the street names “Pink” and “U4,” that is abused similarly to heroin. This synthetic opioid gets its name from its appearance: a signature pinkish-white powder or fine crystals.

Much like heroin, Pink produces a strong, short-term high and is approximately 7.5 times more potent than morphine.13 U-47700 may be smoked, snorted, injected, or swallowed, and is typically sold illegally online as a “research chemical” that is “not for human consumption”.14
When pressed into pill form, it can become nearly indistinguishable from other widely abused prescription opioids, such as OxyContin.12

U-47700 was originally developed during the 1970s as a possible alternative for morphine but was never tested on humans nor approved by the FDA and was abandoned due to its addictive properties.13

The DEA reported a total of 46 confirmed fatalities in New York and North Carolina associated with abuse of Pink between 2015 and 2016, leading the agency to place U-47700 into Schedule 1 of the controlled substance act in November 2016.15

In light of the opioid crisis, new prescription opioid painkillers that emerge on the market are regularly met with a great deal of concern. However, new formulations—even those that are very strong—often gain FDA approval because they are therapeutic when used appropriately. The following are some of the newer opioids that have been approved in recent years despite worries over their potency and abuse potential.16

The number of recent fatalities associated with illicit opiates and counterfeit opiates is an important reminder that individuals should not obtain drugs on the street. The potential to buy a counterfeit drug that contains a seriously potent substance or amounts of a substance that can be potentially fatal is high when individuals illicitly purchase drugs from illegal sources.

Zohydro extended-release capsules range in strength from 10 mg all the way up to 50 mg—very large doses compared to other opioid painkillers on the market.17 However, the capsules are meant to release the medication over a 12-hour period. The danger comes in when people crush the pills to override the extended-release mechanism.18

Despite controversy around Zohydro’s abuse potential, the FDA did approve the powerful opioid. The FDA countered concerns over the drug with several statements attesting to its effectiveness, medicinal purposes, and the safeguards that are normally put in place on substances in this classification. For example, many physicians complete risk assessment protocols before prescribing the drug; however, even the FDA admitted that the drug has an extremely high potential for abuse.

Eventually, BeadTek technology was applied to the drug where the drug becomes a gel-like substance when it is crushed for snorting or dissolved in liquids in preparation for injecting it. Applying this technology makes the drug more difficult to abuse, however, it may still be misused by being taken orally without a prescription or in larger quantities than prescribed.

Hysingla ER (hydrocodone bitartrate) is another extended-release version of hydrocodone that was originally approved with abuse-deterrent technology built into the drug. This drug can be obtained in differing doses of hydrocodone, from 20mg to 120 mg.

The very high doses available in this medication prompted its creators to make it with abuse-deterrent technology that discourages crushing the pill for snorting, injecting or chewing. Despite its abuse-deterrent properties, Hysingla still has potential to be abused orally when taken without a prescription or in larger quantities than prescribed.19

What State has the Most Opioid Deaths?

Drug overdose is now the leading cause of accidental death in the United States, with opioids being the most common drug.20 Unfortunately, certain states in America have more cases per capita of opioid overdoses than others.

While the opioid epidemic has ravaged the entire country, the state that is currently hit hardest in terms of opioid deaths is West Virginia, with over 42 opioid-involved overdose deaths per 100,000 persons. Delaware, Maryland, New Hampshire, New Jersey, and Ohio follow close behind.21

Amelia Sharp
Author
Amelia Sharp is a Senior Web Editor at American Addiction Centers.
Read Our Editorial Policy
Related Topics
Related Tags
opioid
Are you covered for addiction treatment? Find your insurance.
Check My Insurance
Do you have insurance?
Don’t wait. Call us now.
Our admissions navigators are available to help 24/7 to discuss treatment.
Get addiction help now (24/7 helpline)We’re here for you every step of the way.