The Dangers of Mixing Percocet and Alcohol 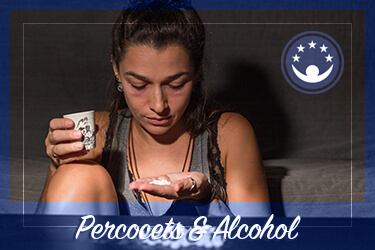 Mixing alcohol with any other intoxicating substances is very dangerous; however, mixing the prescription painkiller Percocet with alcohol presents some unique problems. Percocet is a combination of oxycodone, a Schedule II prescription opioid painkiller, and acetaminophen, an over-the-counter analgesic non-opioid pain reliever most commonly known in the U.S. as Tylenol.

When taken as prescribed, this combination of painkillers is effective at treating moderate to severe pain after an injury, surgery, or illness. When a doctor prescribes Percocet, the intention is for short-term treatment; this drug is not intended to treat long-term, chronic pain.

Because Percocet enters the bloodstream quickly to relieve pain, and the effects end within four to six hours, this drug often triggers addiction, dependence, and abuse. People who struggle with Percocet addiction may drink alcohol to enhance the effects of the opioid; however, mixing opioids with alcohol can lead to overdose, and mixing alcohol and acetaminophen can quickly cause liver damage.

The primary cause of problems when mixing oxycodone and alcohol is respiratory depression; the person’s breathing will slow down, become very shallow, become irregular, or even stop. This leads to oxygen deprivation, and without immediate medical treatment, organ systems will begin to shut down, eventually leading to death.

Naloxone has become vital to fighting opioid overdoses. According to the Centers for Disease Control and Prevention, 115 people die of opioid overdoses in the US every day. As a result, emergency responders and caregivers are increasingly carrying naloxone with them, to temporarily reverse opioid overdoses. Naloxone is less effective when other drugs are in the body; mixing alcohol with Percocet, for example, will make reversing an overdose on Percocet harder.

Since 2009, medical professionals have expressed concern over acetaminophen overdoses. While it is difficult to overdose on acetaminophen, this NSAID is found in numerous OTC medicines, including cold and flu drugs, headache treatments, allergy medications, and even some sleep medicines. Few OTC medicines contain more than 325 mg of acetaminophen per dose, and the doses are spaced to avoid overdose; however, when people mix medicines, like cold and flu drugs with OTC painkillers, they are more likely to take more than the recommended limit of 4,000 mg per day without even thinking about it. Accidental acetaminophen poisoning can cause liver damage. Alcohol also causes liver damage, so combining large amounts of acetaminophen with alcohol increases the risk and pace of damage to the liver.

Additionally, mixing acetaminophen and alcohol can cause damage to the stomach lining, which increases the risk of ulcers. If left untreated, ulcers can open and become septic, leading to life-threatening bleeding and infection. 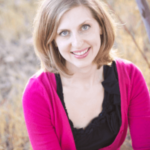 Meredith Watkins, M.A., M.F.T.
Editor
Meredith Watkins is a licensed marriage and family therapist who specializes in dual diagnosis and eating disorders.
Read Our Editorial Policy
Related Topics
Related Tags
alcohol
opioid
Are you covered for addiction treatment? Find your insurance.
Check My Insurance
Do you have insurance?
Don’t wait. Call us now.
Our admissions navigators are available to help 24/7 to discuss treatment.
Get addiction help now (24/7 helpline)We’re here for you every step of the way.