How to Quit Using Percocet 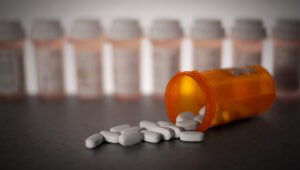 Percocet is the brand name for a combination drug made of acetaminophen, a fever reducer and pain reliever used to treat mild to moderate pain, and oxycodone, an opioid pain medication used to treat moderate to severe pain. Percocet is one of the most widely prescribed painkillers in the United States. In 2017, more than 191 million opioid prescriptions were dispensed in the United States.1 Oxycodone, the opioid component of Percocet, accounts for almost half (46%) of the total amount of dispensed opioids.2

The Effects of Taking Percocet

Percocet works in the brain, spinal cord, and other organs in the body to alter the way your body feels and responds to pain. Like other opioids, Percocet binds to and activates the opioid receptors that are involved in feelings of pain and pleasure. Once bound to these receptors, Percocet blocks pain signals sent from the brain.3 This makes people feel very relaxed and happy, and often those who use Percocet for non-medical reasons are looking to experience this feeling of euphoria.

In addition to blocking pain, Percocet acts as a depressant by decreasing vital central nervous system functions such as respiration, blood pressure, and heart rate. Some of the harmful effects associated with the use of Percocet include:1

Percocet also releases a large amount of the neurotransmitter dopamine throughout the body, which has the effect of strongly reinforcing the act of taking this drug.4 This makes the user want to repeat the experience and explains why Percocet is so highly addictive.

Unfortunately, the dangers of Percocet addiction are not limited to the effects associated with opioid abuse. An overdose of acetaminophen, which is also a major ingredient in this combination drug, can damage your liver or even cause death. According to the National Center for Injury Prevention and Control, in 2016 over 17,000 Americans died from drug overdoses involving prescription opioids such as Percocet.5 Painkiller addiction is a major problem in the United States, but fortunately there are many resources available to help you quit the abuse of painkillers such as Percocet.

Percocet addiction should be treated with the aid of addiction professionals in a treatment center. Although opioid withdrawal is usually not life-threatening, it can be very uncomfortable. Common withdrawal symptoms include:6

To avoid experiencing these painful symptoms many users will resort to taking more Percocet, which results in relapse and furthering of the addiction. For this reason, it is recommended to undergo detox treatment in a medical facility or detox center where Percocet will be unattainable. FDA-approved medications such as methadone, buprenorphine, clonidine, and naltrexone may be prescribed by a physician to assist treatment of detox. These drugs interact with the same receptors in the brain as Percocet, helping to minimize cravings and reduce withdrawal symptoms.

While undergoing recovery from Percocet addiction other medications, such as anti-anxiety or anti-nausea drugs, may be prescribed to address specific symptoms such as anxiety or nausea and vomiting. Percocet addiction treatment also typically includes behavioral therapy. This part of treatment will address the issues related to a patient’s  Percocet abuse and provide the tools needed to live a healthy and sober life after leaving the rehab facility.