How Long Does Suboxone Last to Manage Opiate Withdrawal Pain?

Suboxone typically lasts up to 3 days. Most doctors ask their patients to take the drug once per day, typically at the same time each day. A person’s weight, metabolism, and history of drug abuse can lengthen or shorten the action of Suboxone. It’s best to work with a doctor on a customized dose, based on your medical history.

Prescription pain management medications are opioid drugs. While they have legitimate medical uses, they are sometimes misused, leading to dependence and addiction. Rehabilitation for those addicted to opiates sometimes includes the use of medications. Suboxone is one of the medications commonly used to lessen withdrawal symptoms and encourage abstinence from illicit opiate drug use.

Suboxone mimics some of the effects of opiates, lessening the brain’s need for the actual opiate drug. This medication is relatively safe and long-lasting, continuing to work for up to three days after being administered. 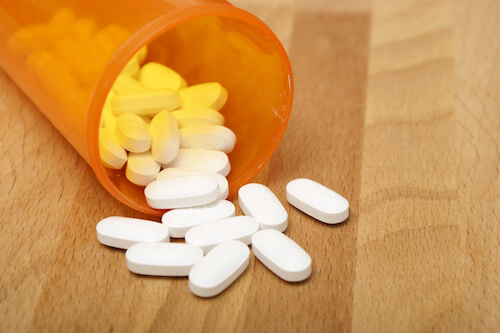 Opiates/opioids are medications primarily intended to relieve pain. These drugs work by blocking the pain signals sent to the brain. Opiate drugs include hydrocodone, oxycodone, morphine, codeine, and many other similar drugs. According to the National Institute on Drug Abuse (NIDA), these medications are commonly prescribed for pain, but they are sometimes used illegally, particularly if the person prescribed the medication becomes addicted to the substance.

NIDA reports that opiates can cause drowsiness, confusion, nausea, and depressed respiration. They can also produce a feeling of euphoria, due to their effect on the parts of the brain associated with reward. This can lead people to overuse the drug or use it in ways other than how it was prescribed.

Some people experience dependence or addiction to opiate drugs. NIDA defines dependence as occurring when the body adjusts to the presence of the drug and then requires the drug to function normally. Those who are dependent on opiate drugs will experience withdrawal when they stop taking the substance. Addiction may include physical dependence, but it also includes compulsively seeking out and using the drug in spite of negative consequences.

Misuse of opiate drugs, especially long-term, can negatively impact brain functioning and cause damage to brain tissue. According to NIDA, use of opiates can lead to hypoxia, or insufficient oxygen reaching the brain. This can have negative psychological and neurological impacts, including coma and brain damage. Opiate addiction may also decrease the brain’s white matter, which affects decision-making and self-control. 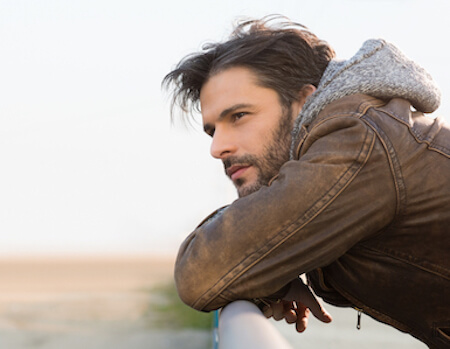 Opiate withdrawal occurs when use of opiate drugs is ceased or greatly diminished. Chronic use of drugs like heroin, OxyContin, methadone, morphine, and other opiates can cause withdrawal symptoms when the person stops taking the drug. The U.S. National Library of Medicine reports that about 9 percent of the population misuses opiates at some point during their lives.

Since opiates can cause dependence, the body may begin to require the drug to function normally. When the dosage level in the body begins to decline, symptoms of withdrawal begin to appear. The amount of time required for a person to become dependent on a drug varies with each individual. When stopping or reducing the use of opiate drugs, the body needs time to recover and return to a state in which it no longer requires the drug. Because opioid detox can be extremely uncomfortable, medical detox may be essential for many people to avoid relapse.

The National Library of Medicine lists the following symptoms of opiate withdrawal:

How Suboxone Works in Addiction Recovery

Suboxone is a combination of buprenorphine and naloxone. It is an effective medication for those recovering from opiate addiction. According to the U.S. National Library of Medicine, buprenorphine is a partial agonist and naloxone is an opioid antagonist. Suboxone helps to relieve withdrawal symptoms and cravings by producing a manageable level of opioid effects in the brain.

The Substance Abuse and Mental Health Services Administration (SAMHSA) reports that though buprenorphine produces effects like euphoria, the effects are much weaker than those associated with full opioid agonists like heroin or painkillers. Note: Suboxone does not ‘block’ opiates. Increased doses of buprenorphine do not increase the effects past a certain point, which limits the chances of misuse or dependency. According to the National Alliance of Advocates for Buprenorphine Treatment (NAABT), buprenorphine can stay in the system and continue to work for up to three days.

SAMHSA reports that treatment with Suboxone occurs in three phases: induction, stabilization, and maintenance. The induction phase is the beginning of treatment, and starts 12-24 hours after the individual has last used an opiate drug. Treatment should begin during the early stages of withdrawal; beginning treatment with Suboxone during later stages of withdrawal can cause symptoms to worsen.

The stabilization phase begins when the person is rarely or never using illicit opiate drugs, experiencing few symptoms, and no longer has cravings. During this phase, the dosage and frequency of Suboxone will be adjusted to meet the needs of the individual.

The maintenance phase involves a steady dose of Suboxone over a period of time, eventually tapering off to a lower dose until it is no longer needed.

The U.S. National Library of Medicine lists common side effects of Suboxone, including:

Buprenorphine, a main ingredient in Suboxone, was approved for clinical use by the FDA in 2002. According to SAMHSA, this medication differs from methadone treatment in that it can be prescribed in physicians’ offices, while methadone is only available through specially designated facilities. This allows a greater number of people to receive addiction treatment aided by medication.

A study published by the Taylor and Francis Group found that Suboxone could be safely administered in unsupervised settings, was well tolerated by most people, and was effective in promoting abstinence from opiate drug use. The application of Suboxone in nonresidential treatment settings makes this medication highly beneficial, because it is one of few addiction recovery medications that can be safely self-administered. The Journal of Community Hospital Internal Medicine Perspectives reports similar findings; participants of the study who remained in treatment long-term saw benefits to their overall health and wellbeing, and abstinence from illicit drug use, while being treated with Suboxone.

A study published in BioMed Central found that Suboxone was an effective medication in the reduction of buprenorphine abuse. While Suboxone lessened withdrawal symptoms, participants in the study reported they did not experience the same “high” while using Suboxone as they would abusing illicit opiate drugs. This lack of a “high” discouraged misuse and overdose of Suboxone, making it a safe and effective method of recovery from addiction.

The Journal of Addiction Medicine reports that in a study exploring the effectiveness of Suboxone treatment, compliance with treatment was excellent. A majority of participants in the study were successful in abstaining from opiate use during treatment with Suboxone. No safety issues or misuse of Suboxone was detected during the study.

Use of Suboxone in the treatment of opiate addiction has risen steadily since it was first introduced.

An article published in the Washington Post reports that while Suboxone has been shown to be very effective in combating opiate withdrawal symptoms, it is still heavily regulated and somewhat difficult to acquire. Because Suboxone mimics the effects of opiate drugs, the medication is sometimes sold illicitly as a “street drug.” Extremely large doses of the medication can also cause an overdose. These concerns have led to the continued strict regulations for the use of the medication. However, the effectiveness of the medication in combating withdrawal symptoms has led to a surge in popularity within treatment facilities; the Washington Post reports that Suboxone is now used more frequently than methadone in inpatient rehabilitation settings.

American Addiction Centers (AAC) has a relationship with many insurance providers that cover Suboxone related treatment; and we may be able to help you get into one of our facilities.

Find Opioid Rehab Facilities Near You

Amanda Lautieri, B.A.
Editor
Amanda Lautieri is a Senior Content Editor at American Addiction Centers. She has more than 10 years of professional editing experience that includes … Read More
Read Our Editorial Policy
Related Topics
Related Tags
opioid
Are you covered for addiction treatment? Find your insurance.
Check My Insurance
Do you have insurance?
Don’t wait. Call us now.
Our admissions navigators are available to help 24/7 to discuss treatment.
Get addiction help now (24/7 helpline)We’re here for you every step of the way.