What to Know About Suboxone Side Effects

Does Suboxone produce any side effects?

Yes. Common side effects of Suboxone include headache, diarrhea, constipation, and nausea. In addition, some people become attached to the relaxation Suboxone can cause, and that can lead to addiction and/or drug relapse.

Suboxone treatment can include a number of side effects, the most severe of which are caused by Suboxone’s status as a partial opioid agonist. According to the drug manufacturer, common side effects of Suboxone can include:

Another fairly common side effect of the drug is the incidence of anxiety, depression, and nervousness. These effects should be monitored as they can potentially lead to opioid relapse.

Users of Suboxone should keep in contact with their treatment professional while they are on this medication.

Suboxone has few alternatives in the way of medication-assisted treatment, with methadone being the primary competitor. Methadone is a full opioid agonist, meaning it has a greater potential for abuse than Suboxone. Both medications block the effect of other opioids by filling the opioid receptors in the brain, and both medications will assist in the treatment of opioid withdrawal symptoms.

Methadone, however, must be administered in a doctor’s office or via a specialized methadone clinic, making it harder on some individuals to opt for this regular commitment. Buprenorphine-based medications, like Suboxone, give users more flexibility.

Some holistic treatment programs shy away from any medication assistance.

Those with short-term or less severe addictions to opiates may be able to forego the use of medication-assisted treatment; however, it’s imperative that they only do so under direct medical supervision.

In the majority of instances, medications may be employed during opiate detox. 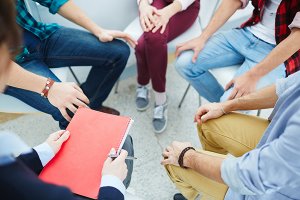 There are a wide variety of therapies that can be used in addition to medication-assisted treatment, including self-help groups, behavioral therapies, alternative treatments, and more. Treatment programs should be specialized for each individual, depending on the particular circumstances in question. For some, Suboxone may not be an appropriate treatment.