Alcohol Addiction and Abuse in the LGBTQ Community 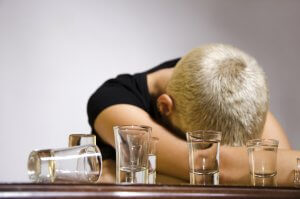 Despite major improvements in recent years, members of the LGBTQ (Lesbian, Gay, Bisexual, Transgender, and Queer) community continue to face social stigma, discrimination, and a slew of other challenges every day.

Many members of the LGBTQ community continue to live a “closeted” life, hiding their sexual identity for fear of rejection or discrimination. Still others face harassment and the threat of violence. Keeping this secret, living a double life, and constantly looking over your shoulder takes its toll.

While some have developed positive coping methods, many others turn to alcohol, drugs, and other risky behaviors as they try to mask their feelings.

Alcohol as a Coping Method

Alcohol is often the drug of choice because of its prevalence in social settings. According to the National Institute on Drug Abuse, gay, lesbian, and bisexual adolescents are 90% more likely to use alcohol and drugs than their heterosexual counterparts.1

The National Survey on Drug Use and Health also found that lesbian, gay, and bisexual adults are more likely to engage in casual, binge, and heavy alcohol use than their heterosexual counterparts. Approximately 44.6% of LGB individuals between the ages of 18 and 28 reported binge drinking (consuming 5 or more drinks in one day) at least once in the past month. Another 10.2% reported heavy alcohol use, which is defined as binge drinking at least 5 times in the past month2.

Unfortunately, alcoholism is rarely the only issue. Sexual minorities with alcohol problems are also far more likely to have other co-occurring mental conditions. This often includes severe depression, anxiety, stress. They also have higher suicide rates and self-harming tendencies.

Lesbian, gay, and bisexual youth are 3 times more likely to attempt suicide at some point in their lives than their heterosexual counterparts. Transgender individuals are at even greater risk. Forty-one percent of transgender adults report having attempted suicide3.

Exploring the patient’s mental health and treating these types of co-occurring disorders is a critical step that’s necessary for true recovery.

Addiction recovery requires a vulnerability that LGBTQ members may find difficult in a typical treatment setting. They continue to feel the threat of rejection and find it difficult to let down their guard. For this reason, specialized treatment programs are highly recommended.

These programs should also address some of the unique challenges faced by sexual minorities including family problems, social isolation, violence, and homophobia/transphobia.

As treatment facilities grow more aware of the need, specialized treatment options are becoming more readily available. Members of the LGBTQ community struggling with addiction are not alone and have plenty of options for finding the help they deserve.

Alcohol addiction in the LGBTQ community is a major problem. Here are some of the reasons why, and options for finding help.