Written by: Gillian May
Edited by: James Regan
Updated Jul 14, 2022
Gillian May
Gillian May is a former nurse with a Master’s degree in mental health and addictions. She practiced for over 20+ years both on the front lines and at a management level providing quality care. She has since turned her experience towards freelance writing and providing educational blogs and articles about health, mental health, and addiction […]
Read Our Editorial Policies
Related Topics

For many years, Canada’s drug use statistics remained relatively stable, but since the COVID-19 pandemic, rates of drug and alcohol use in Canada are increasing.1 As a result, there is an increased need for access to addiction treatment in Canada.

This page will go over statistics on the prevalence of drug and alcohol use and addiction in Canada and how addiction treatment can help Canadians find recovery. 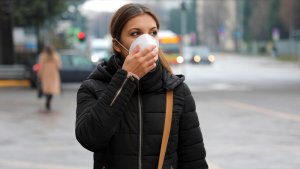 Alcohol is a widely distributed and legal drug in Canada and, as such, it is the most commonly used drug in Canada.2 According to the 2019 Canadian Alcohol and Drugs Survey (CADS) 76% of Canadians drank alcohol in the past year,3 a percentage that stayed steady since the survey began in 2013.2

However, alcohol use has increased since the pandemic,1 which may have serious implications for health-related issues and the need for addiction treatment in Canada. The extent of this problem is not yet fully understood; according to recent studies, the increase in alcohol use in Canada rose between 19% and 28% during the pandemic.1

Canada’s low-risk drinking guidelines outline the number of drinks a person should not exceed to remain safe and healthy:4

The following alcohol statistics help to shed light on the extent of the problem in Canada:3

The same survey also looked at the prevalence of drug use among Canadians 15 years old or older within the past year. The past-year prevalence of:3

5% of people surveyed reported receiving harm from their drug use in 2019.3 Unfortunately, problems caused by drug use appear to have increased during the pandemic, with more patients in Canada being hospitalized due to drug or alcohol use between March and September 2020, than in same period in 2019, per a report released by the Canadian Institutes for Health Information.5

What is a Substance Use Disorder?

If you or anyone you know display some of these symptoms, it may be time to seek out addiction treatment in Canada. 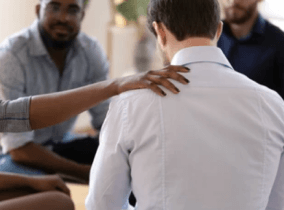 If you think you may be engaing in problematic use of alcohol and other drugs, consider getting treatment in a reputable facility that offers comprehensive and evidence-based addiction treatment. American Addiction Centers (AAC) offers a number of inpatient rehabilitation facilities that can serve the needs of Canadians.

There are several reasons why traveling for addiction treatment may benefit you. For one, traveling for rehab can help you move away from triggering or toxic situations in your community that fuel drug and alcohol use. Also, you may make some new friends that are outside of your current social circles, helping you build a supportive sober network that is conducive to your sobriety.

While triggering situations and people may still be there when you return, it may help to be free of these distractions when you start treatment.

AAC facilities employ a comprehensive approach to treatment, which research has consistently shown to be superior to simple detox, which primarily addresses the physiological aspects of substance use disorder (SUD).7 This means you’ll not only be treated for addiction, but the conditions that contribute to your SUD as well (e.g., the presence of co-occurring disorders, medical problems, vocational issues).

Many AAC facilities offer specialized treatment for certain demographics that may face unique obstacles to recovery. This includes LGBTQ+ rehab programs, rehab for veterans and first responders, programs for people that have survived trauma, and more.

During addiction treatment, you will be closely monitored for any health and well-being concerns, which will help you maintain physical and emotional safety during the detox and rehabilitation process. You’ll be consistently assessed as treatment progresses, ensuring that as your needs evolve, so will your treatment.7

Although many outpatient clinics are available, it is worth considering an inpatient program to give you the space to heal. Please call to learn more about the treatment options provided by AAC.

Last Updated on July 14, 2022
Share
Gillian May
Gillian May is a former nurse with a Master’s degree in mental health and addictions. She practiced for over 20+ years both on the front lines and at a management level providing quality care. She has since turned her experience towards freelance writing and providing educational blogs and articles about health, mental health, and addiction […]
Read Our Editorial Policies
Related Topics
Don’t wait. Call us now.
Our admissions navigators are available to help 24/7 to discuss treatment.
Why call us?
Get addiction help now (24/7 helpline)We’re here for you every step of the way.