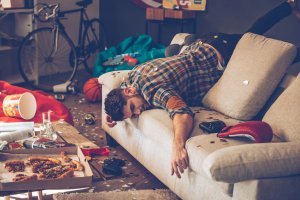 Going off to college should be celebrated for the amazing transition it is. A child is becoming an adult. This is an incredibly exciting time. Unfortunately, this important transition can also pose unexpected dangers involving alcohol and substance abuse.

Studies reported by the Substance Abuse and Mental Health Services Administration show that after full-time college students arrive on campus, a staggering number of them will try alcohol for the very first time in their lives. In fact, on an average day, about 2,179 of them will consume their very first drink. For part-time students that number averages around 453.

What starts out as recreational use can quickly escalate, opening the door to addiction and later leading to a desperate need for rehabilitation. Many people have no idea they are even at risk of alcoholism until their college years. Sadly, it is not an uncommon discovery.

Young adults are introduced to a plethora of different pressures in college. When they first step foot on campus they are likely to be excited, and even a little bit nervous about all of the unknown adventures that await them. They are probably focused on their academic goals and hopeful of achievements they have envisioned their entire childhood.

Then, before they know it, they are pulled into a world encapsulated with nonstop parties, drinking challenges, and the pressure to fit in. They start struggling to keep up with their studies, not even realizing the emotional damage that their drinking is doing.

Their grades begin to drop and their GPA starts to suffer. Suddenly, everything they worked so hard to achieve begins to fall by the wayside, as they prioritize drinking over everything else that once meant so much to them.

How alcohol abuse affects college students is continually being studied but according to the National Institute on Alcohol Abuse and Alcoholism (NIAAA), binge drinking is becoming a major area of concern. An overwhelming 38% of college students will drink to excess just over the course of a month. This rate is far higher than young adults of the same age who choose not to attend college.

Alcohol can also become an aggravator in the already dangerous college campus dynamic of sexual assault. It’s no secret that physical safety has been of grave concern on college campuses for years. Between 20% and 25% of female college students will be sexually assaulted at some point while attending college. Of that number of assaults, at least half of them will involve alcohol. That number in itself is quite sobering.

This is why when a person’s drinking becomes out of control, it is important to seek out sobriety through the right kind of treatment program. This can mean a rehab facility or a sober living environment. There is no shame in seeking out help when alcohol becomes unmanageable.

Michael Kaliszewski, PhD
Dr. Michael Kaliszewski is a freelance science writer with over 15 years of experience as a research scientist in both academia and industry.
Related Topics
Don’t wait. Call us now.
Our admissions navigators are available to help 24/7 to discuss treatment.
Why call us?