For most, virtual reality (VR) headsets are a sort of novelty. The technology made its debut in consumer markets about half a decade ago. Since then, VR has branched out into other realms, becoming commonplace everywhere from movie theatres to museums. But only recently has VR made its way into the medical field. Some visionary rehab facilities have started using VR to treat addiction and co-occurring mental health disorders. 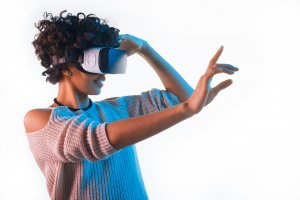 From Living Rooms to Hospitals

Virtual reality technology has had a long and interesting journey from testing laboratories to living rooms and finally to hospitals. The concept of VR has existed in the popular imagination for at least a century. Early panoramic photographs and 20th century science fiction novels explored the ideas of technology simulating reality. It wasn’t until the 1970s, when digital flight simulators first appeared, did VR tech start to take form.

It was in the mid-2010s that VR tech became commercially available. Since then, VR has gone through rapid changes, with professionals from various walks of life applying it to new industries. VR has also entered into the healthcare industry. Medical professionals are already noting the potential of VR simulations used in clinical training and education. VR has also made its way into therapy. Particularly, VR’s ability to simulate and repeat certain experiences has made it a natural addition to exposure therapy.

Desert Hope Treatment Center, AAC’s Las Vegas rehab facility, has recently teamed up with Aura, a creator of virtual wellness technologies, to create a VR-assisted therapy plan. The VR-assisted therapy will be tailored for patients who are struggling with addiction and a co-occurring mental health disorder, such as Post-Traumatic Stress Disorder (PTSD), depression, and anxiety.

The VR therapy works by affecting the way the brain processes information. Addiction alters the brain’s chemistry, gradually rewiring the brain to behave in ways conducive to the addiction. By using a VR headset, medical professionals are able to engage in VR-assisted exposure therapy. By simulating and repeating certain experiences, doctors can see how patients will react and track their behaviors. After analyzing this biofeedback data, the treatment team can adjust the VR simulation to subtly incentivize change in the patient’s behaviors. By gradually and repeatedly engaging in this therapy, a patient can begin to rewire their brain and change their addictive behaviors. 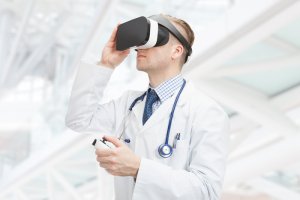 While early results have shown promise, the treatment team at Desert Hope has found that VR-assisted therapy works best when paired with traditional and evidence-based treatment methods. The Desert Hope team has also found that VR works best in therapy when the simulation is tailored for an individual’s experiences. This means that VR might not integrate all that well with group therapy.

The use of VR in in addiction treatment at Desert Hope is just one of the many innovations AAC is championing in the coming year. AAC is also using our pharmacogenetics program, made possible by Addiction Labs of America, to expand COVID-19 testing in our facilities to give our patients peace of mind. We’re also maintaining virtual support meetings as a way for our alumni to help stay connected during quarantine. All of these innovations are made possible by AAC’s commitment to providing individualized, evidence-based care.